House Judiciary Committee Lays Out What It Considers Impeachable Acts 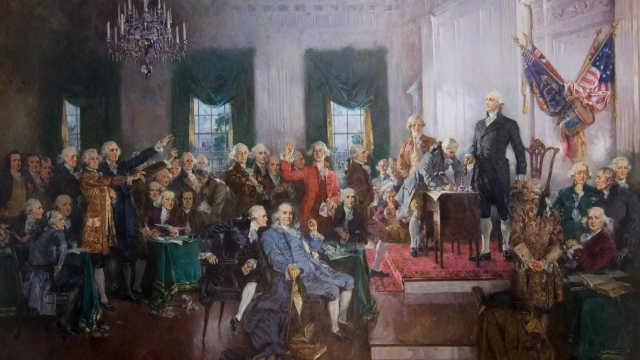 The House Judiciary Committee cited the Constitution and impeachment history to lay out what acts it might consider impeachable.

Architect of the Capitol

On Saturday, House Democrats released a report laying out what will be considered an impeachable offense in the upcoming Judiciary Committee hearing about President Donald Trump. Here's an overview of their conclusions:

The framers of the Constitution gave a basic guideline of what presidential misconduct entails: "treason, bribery, or other high crimes and misdemeanors." The Democrats argue this standard is meant to be "general and flexible" because the framers knew there was no way they could anticipate every future circumstance.

The first impeachable offense the House Judiciary Committee will consider is straight from that guidance: "treason and bribery." Treason is defined as an "unforgivable betrayal of the Nation and its security," while bribery is "when the President offers, solicits, or accepts something of personal value to influence his own official actions."

As far as "other high crimes and misdemeanors," that takes a little more interpretation on the committee's end. The representatives say they were guided by the text and structure of the Constitution, the records of the Constitutional Convention and state ratification debates, and the history of impeachment practice. They concluded that high crimes and misdemeanors can be categorized as abuse of power, betrayal of the nation through foreign entanglements, and corruption of office and elections. The report notes that any one of those offenses is impeachable, but a combination would create the "strongest possible case" for removal from office.

Let's dive a little deeper into each of those: "Abuse of power" is a pretty broad term. The House Judiciary Committee even says it'd be impossible to list everything that could fall under that designation. But it says there are two clear types of abuse of power that can justify impeachment: engaging in official acts that break the law, or engaging in official acts "with motives forbidden by law."

Now to "betrayal involving foreign powers." The committee writes that foreign interference was "among the greatest dangers" feared by the nation's founders. The report quotes a letter from John Adams to Thomas Jefferson, which says: "You are apprehensive of foreign Interference, Intrigue, Influence. So am I. — But, as often as Elections happen, the danger of foreign Influence recurs."

As for "corruption," the committee says the framers warned against it to "ensure officials would not use public power for private gain." It quoted James Madison, who said "corruption might be fatal to the Republic." The report says the framers brought up in multiple contexts that there was a risk of presidents placing their personal interest in re-election above "our bedrock national commitment to democracy."

The report does not draw a conclusion on whether the president has committed an impeachable offense. That's set to be debated at Monday's hearing.