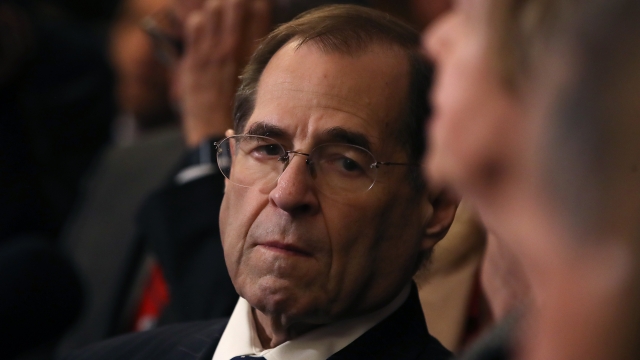 A House panel opened an investigation earlier this month into possible obstruction of justice, public corruption and abuse of power by the president.

House Democrats are expecting the White House to hand over dozens of documents by Monday after they launched an investigation into the president.

A House panel opened an investigation earlier this month into possible obstruction of justice, public corruption and abuse of power by President Donald Trump. The committee sent document requests to 81 people and groups that have ties to the president.

White House Press Secretary Sarah Sanders called the investigation "disgraceful and abusive." She called Democrats out and said they're just "terrified that their two-year false narrative of 'Russia collusion' is crumbling."

The Associated Press said the committee asked the White House for documents related to former FBI Director James Comey, Michael Cohen, the Trump Tower meeting and more. The committee also sent document requests to the FBI, the Justice Department and others.