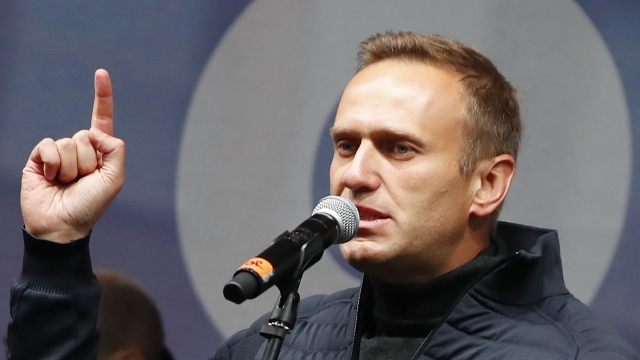 Foreign Affairs Committee wants Trump administration investigation and possible sanctions against Russia in the poisoning of a Putin critic.

The leaders of the House Foreign Affairs Committee have sent a letter to President Trump, triggering an investigation into the poisoning of Russian opposition leader Alexei Navalny.

The Trump administration now has 60 days to investigate.

The panel wants the president to implement more sanctions on Russia if the investigation finds the Russian government was behind Navalny's poisoning in August.

A previous Trump administration investigation found Russia responsible for the 2018 poisoning of a former Russian spy and his daughter. Those two were poisoned with the same Soviet-era nerve agent Germany says was used on Navalny.

An anti-corruption critic of Russian president Vladimir Putin, Navalny is currently recovering in a German hospital.

The Kremlin has denied involvement in the poisoning.