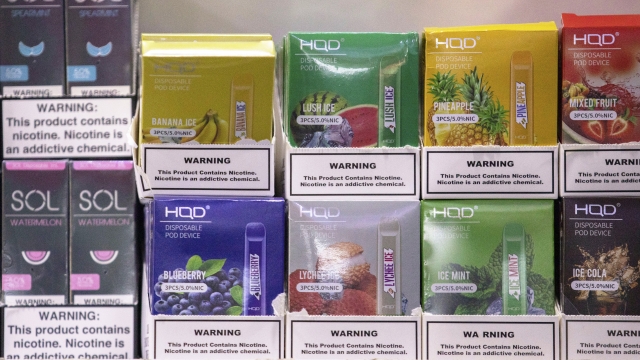 Supporters of the bill, lmost all Democrats, touted it as a needed response to a rise in teen tobacco use.

The House passed a bill Friday banning the sale of flavored tobacco products in an attempt to curb teenage e-cigarette use.

The bill, which passed 213-195, would prevent flavored products like vape cartridges and menthol cigarettes from being sold. It would also impose a new tax on nicotine and restrict marketing for vaping devices.

Supporters of the bill, almost all Democrats, touted it as a response to rising teen tobacco use. A recent government study found 1 in 4 high school students had used a tobacco product in the last month.

Opponents of the bill argued that Congress had recently raised the legal age to buy tobacco products from 18 to 21. Additionally, new Trump administration rules in January restricted some sweet or fruity tobacco flavor additives popular with young people. But the rules didn't apply to disposable cigarettes or other vaping devices.

The House bill is unlikely to be passed in the Senate. It's opposed by the White House.