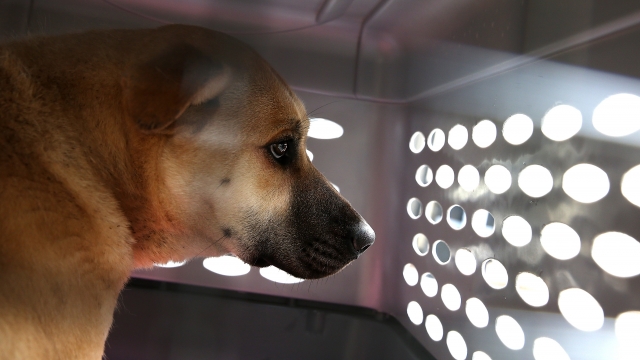 ​The bipartisan bill is an expansion on the 2010 Animal Crush Video Prohibition Act.

The House of Representatives has passed a bill that makes animal cruelty a federal felony.

The House approved the Preventing Animal Cruelty and Torture Act – or PACT Act – on Tuesday. The bipartisan bill is an expansion on a 2010 animal cruelty law, which made creating or distributing videos showing animals being intentionally injured or killed illegal.

But that law only went after people who made or sold the videos, and not the acts of cruelty themselves. The PACT Act closes this loophole and gives local law enforcement authorities federal jurisdiction to go after offenders. If convicted, violators would face federal charges, including fines and/or up to seven years in prison. The legislation does have exceptions for hunting, slaughtering for food and medical or scientific research.

U.S. Rep. Ted Deutch, one of the bill's sponsors, said in a statement, "[The] vote is a significant milestone in the bipartisan quest to end animal abuse and protect our pets. This bill sends a clear message that our society does not accept cruelty against animals. I'm deeply thankful for all of the advocates who helped us pass this bill, and I look forward to the Senate's swift passage and the President’s signature."