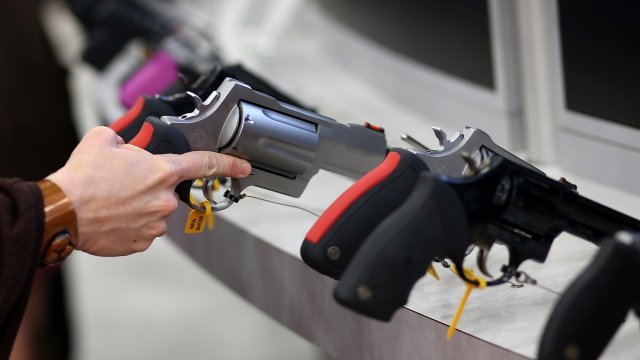 A measure to make all concealed carry permits valid nationwide and strengthen background checks passed the House on Wednesday.

A bill to change how concealed carry gun laws work nationwide has passed the House but faces an uphill battle in the Senate.

The Concealed Carry Reciprocity Act passed the House 231-198; all but six Democrats voted against the bill, along with 14 Republicans.

The bill actually contains two different gun law measures: one that makes all concealed carry permits valid in any state that allows concealed weapons and one that is meant to strengthen the federal background check system. House leaders combined the two motions in an effort to win bipartisan support for the bill.

It's possible the background check measure could win enough bipartisan support to pass the chamber on its own, but Senate Democrats are likely to successfully filibuster the concealed carry reciprocity measure.