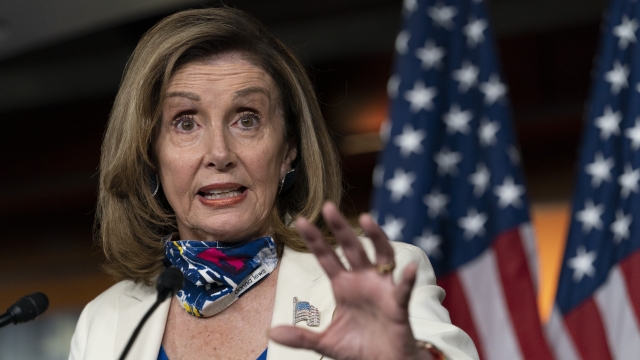 House Speaker Nancy Pelosi and Treasury Secretary Steven Mnuchin have been trying to work out a deal, but they've made little progress.

The House has approved the Democratic plan to provide help to people during the pandemic, but it's unlikely the Senate will move it forward. No Republicans voted for the $2.2 trillion plan.

House Speaker Nancy Pelosi said Democrats and the Trump administration are not close to agreement on certain issues.

The White House has offered a deal worth $1.6 trillion in negotiations between Pelosi and Treasury Secretary Steven Mnuchin.

House Minority Leader Kevin McCarthy had strong words about how Pelosi has handled the negotiations so far.

He said, "Nancy Pelosi has said numerous times that she would keep us here to get it done. That was in July. She made us wait all summer. But who did she really make wait? The small businesses that have now declared bankruptcy. Or those people that are employed by them that are now out of work. Or those at their unemployment that do not get the extra benefit. Or what about the airlines? Could she not see past politics for once?"

There has been pressure on members of both parties to finalize a deal ahead of the election.