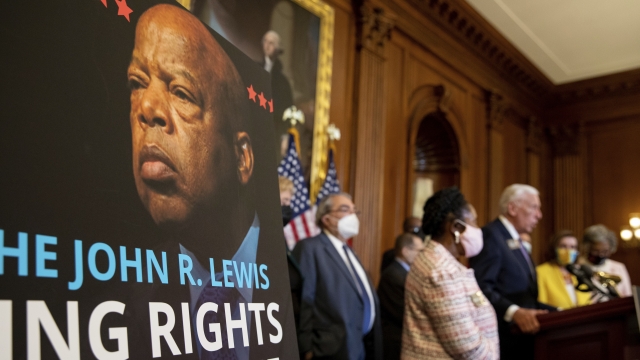 A landmark voting rights bill is off to the Senate after years of being weakened by the Supreme Court.

The House passed the John Lewis Voting Rights Advancement Act. The bill restores protections stripped by the Supreme Court in 2013. It sets criteria for states that have a history of voting rights violations.

States must get approval from the Justice Department before changing any voting laws. The DOJ can then review states that rack up violations.

And the House can also get to work on writing legislation for President Biden's "human infrastructure" plan. Lawmakers passed the blueprint for the President's $3.5 trillion budget yesterday.

"A national budget should be a statement of our national values. What is important to us as a nation should be reflected in our budget. And this will be the case," said Speaker of the House Nancy Pelosi.

There was a bit of drama before the passage. Moderate Democrats threatened to withhold their votes on the budget blueprint if the House didn’t vote on the bipartisan “hard infrastructure” bill first.

After a 24-hour standoff that threatened to derail everything, Pelosi struck a deal with her fellow party members. She committed to voting on the bipartisan package no later than Sept. 27.