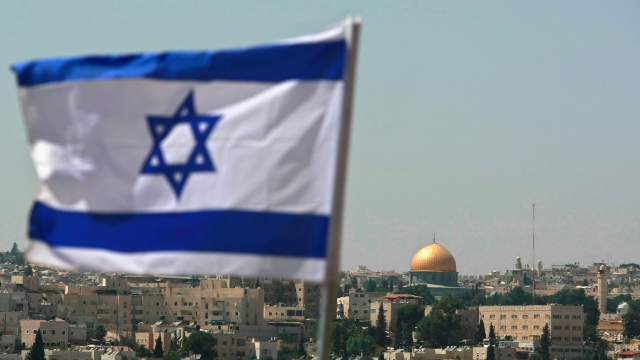 ​The resolution opposes the global Boycott, Divestment and Sanctions Movement's efforts to "delegitimize the state of Israel."

The House has overwhelmingly passed a resolution that condemns the boycott movement against Israel.

On Tuesday, the House approved the measure 398-17. The resolution, which was introduced back in March, opposes the global Boycott, Divestment and Sanctions, or BDS, movement's efforts to "delegitimize the state of Israel." It argues the movement "promotes principles of collective guilt, mass punishment, and group isolation," as well as "undermines the possibility for a negotiated solution to the Israeli-Palestinian conflict."

BDS is a Palestinian-led movement that "aims to end international support for Israeli violations of international law" through boycotts of brands and events associated with the country. It also pressures international organizations to economically and culturally isolate Israel.

Rep. Rashida Tlaib, who is Palestinian-American, spoke out against the measure earlier Tuesday, saying she "can't stand by and watch this attack on our freedom of speech and the right to boycott the racist policies of the government and the state of Israel." Rep. Ilhan Omar, who also opposed the resolution, said last week: "If we are going to condemn violent means of resisting the occupation, we cannot also condemn nonviolent means. We cannot simultaneously say we want peace, then openly oppose peaceful means to hold our allies accountable."

The Senate passed similar legislation earlier this year to allow state and local governments to cut ties with companies that boycott Israel.