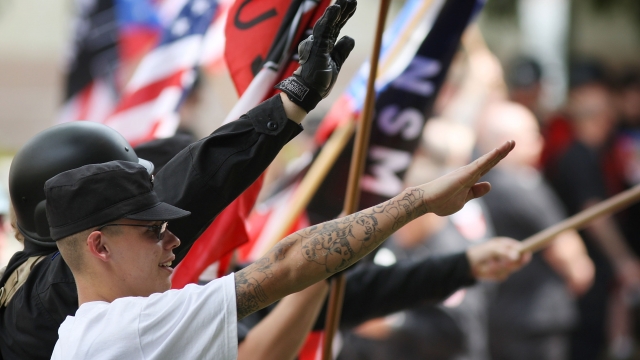 Lawmakers in the House passed the resolution nearly unanimously.

The resolution cites a recent comment made by Rep. Steve King in a New York Times interview. The Iowa Republican was quoted as saying, "'White nationalist,' 'white supremacist,' 'Western civilization' — how did that language become offensive?"

The resolution states the House "once again rejects White nationalism and White supremacy as hateful expressions of intolerance that are contradictory to the values that define the people of the United States." It passed 424-1, with King voting alongside the majority.

"I'm putting up a yes on the board here," said King.

It comes just a day after lawmakers voted to strip King of his committee assignments in light of the Times story.

In his speech on the House floor, King said the comments he made in the interview were taken out of context. He said: "That ideology never shows up in my head. I don't know how it could possibly come out of my mouth."

As Newsy previously reported, King has a history of making racist comments.