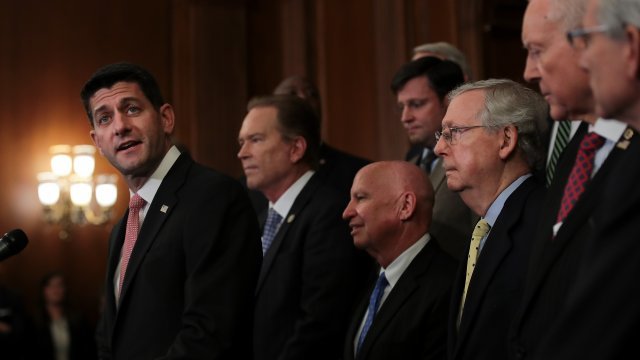 Republican centrists were trying to force a vote this month, but now it looks like that won't be necessary.

House Speaker Paul Ryan announced the House will vote next week on immigration bills to address the fate of so-called Dreamers, immigrants who were brought to the U.S. by their parents illegally when they were children.

Republican centrists were trying to force a vote to protect the Deferred Action for Childhood Arrivals program this month. But they didn't appear to have the 218 signatures needed to do that by the Tuesday deadline.

But even if they'd failed, centrists still had one more opportunity to try and force a vote before the November midterms. Ryan has discouraged centrists from trying to do that in the past, and Tuesday's announcement seems to eliminate the need.

The vote next week will be on two bills that, combined, have some degree of support from Republican centrists, conservatives and leadership.

Republicans have been struggling to agree on how much protection DACA recipients should have. Some GOP leaders are worried protecting them could cost the party votes and possibly its majority. But some centrists in swing states are facing pressure to uphold DACA protections or risk losing their seats.