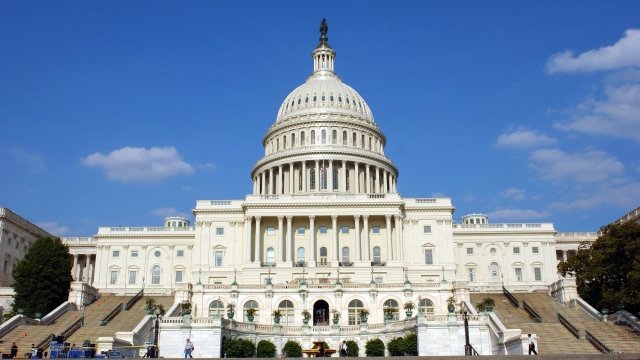 After weeks of negotiations, the House and Senate are expected to vote on the Russia, Iran and North Korea Sanctions Act on Tuesday.

The U.S. House and Senate have reached a deal on sanctions for Russia, Iran and North Korea.

But the bill stalled in the House. Republicans raised procedural concerns over certain bill provisions and asked that it be revised.

Despite His Testimony, Sessions Reportedly Talked Politics With Russia

Leading Democrats accused Republicans of using procedure as an excuse to mask the fact that they're "covering for a president who has been far too soft on Russia."

That's because the bill has a provision requiring the president to get congressional approval to eliminate or weaken sanctions on Russia.

Now, after weeks of negotiations — during which North Korea sanctions were added to the legislation — bipartisan lawmakers in the House and Senate have come to an agreement.

North Korea wasn't in the original draft because some lawmakers feared the addition would complicate the bill even more.