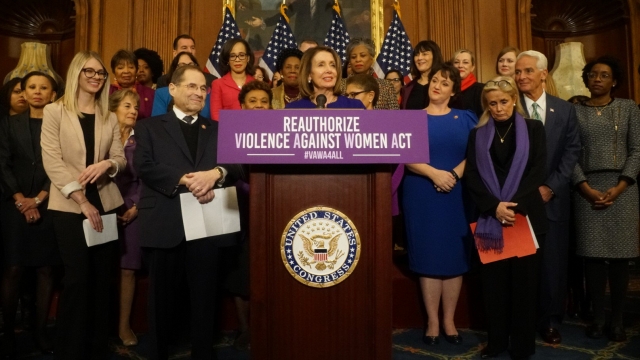 On Thursday, lawmakers voted 263-158 in favor of reauthorizing the legislation, which is also known as VAWA.

The House has overwhelmingly approved an updated version of the Violence Against Women Act.

On Thursday, lawmakers voted 263-158 in favor of reauthorizing the legislation, also known as VAWA.

The bill would extend VAWA for another five years. It also includes provisions that expand protections for transgender people and make it harder for those convicted of domestic abuse to purchase guns.

The Violence Against Women Act first became law back in 1994, and it's been reauthorized by Congress about every five years since then. But the law lapsed during the government shutdown in February. The Senate is currently working on its own VAWA reauthorization.