How Are Genetic Tests Changing Families? 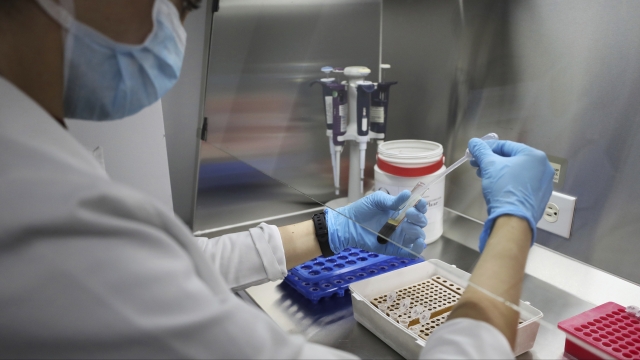 Algorithms identify those who share many genetic markers, making them very likely to be close relatives.

At-home genetic tests can uncover connections you never knew existed. Revelations can upend families with upsetting findings or enrich them with incredible discoveries. That’s what happened to Edric McNeary, of Chicago, in 2017.

"I am adopted and so it's always been a curiosity of mine for most of my adult life. My wife decided to try this ancestry DNA kit to try to see if we could find my parents that way.  And then about a month after we sent in the results, we got our information back and we go onto the website," McNeary said.

Genetic test companies start by reading the sequence of the three billion letters in your genetic code. Occasional variations in the code serve as markers that make your genes unique. Algorithms identify those who share many of these markers, making them very likely to be close relatives. In McNeary’s case, the test revealed a life-altering surprise. It mentioned that there was someone else that had a very similar relationship genetically.

"And so I reached out going, hey, you know, I'm looking for a mother. Did you live in Indiana? Like, you know, in the seventies, you know? And actually, the response I got back was 'this is this is for my daughter. I'm actually looking for her father,'" McNeary said. "I think the first thing was just like 'there's no way,' you know. I don't understand how that would be possible because if I if I had awareness of that, I would have done the right thing by, you know, taking care of the mother and getting married, all that fun stuff. So after some conversation, we kind of realized that she absolutely is my daughter. Spitting image. You cannot deny it."

It turned out that 17 years before, when McNeary’s daughter was conceived, her mother couldn’t reach him.

"When I first moved to Chicago, I had aspirations to be in the entertainment industry. That being said, I was broke a lot. And so my cell phone was shut off a lot. And so, you know, her mother and I — we had gone out and dated a little bit on our own separate ways. We actually went to Michigan to meet with them. My oldest daughter now — they're like peas in a pod. They text each other, they talk to each other. They come and she comes and visits all the time. We get along great. She's my man. She's my homie. She really is. When she comes into town, we go play pool. She has been wanting to find her dad for her entire life. And now she has that and she feels complete because she has both of her parents now. For that instance alone is completely worth it. I actually turned on my GPS tracking on my phone so she knows where I'm at all the time. May be extreme, but I just want to just reinforce that point that you will always know where I'm at, living for the rest of your life. I love her. And, you know, I'm not going anywhere. I'm here for good," McNeary said.