How Bach Parties Turned Into A Vacation 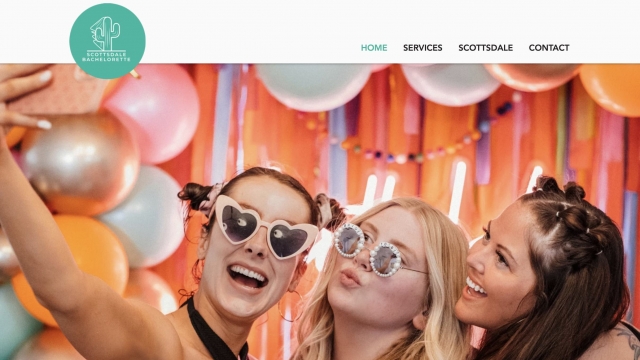 Bachelorette parties are starting to become more popular, leading more businesses to profit off of these celebrations.

A tradition that used to only last one evening has turned into its own vacation — bachelorette and bachelor parties.

As social media has gained popularity, experts say these bach parties, as they're commonly known, may have become a bigger and bigger deal thanks to the growing need for everything to be "Instagrammable."

According to data from The Bach, a popular app for bachelorette party planning, 42% of survey respondents planned to attend two or more bachelorette or bachelor parties in 2021. The average party spent $5,500-$7,000 in total on their trip.

77% of people surveyed said they rented a home for their party. These are typically big groups of about 10 people, and half of travelers said they planned on spending $250 or more on housing each.

Then there's also all the other spending. From dining at local restaurants to shopping at local stores, these parties can be pricey. They can also include things like private chefs and "transportainment" — like party buses, pedal pubs, and booze cruises.

Newsy hit the streets of Nashville, Tennessee, the number one bach party destination, to speak with "transportainment" companies. They've experienced a lot of growth in recent years.

Companies we spoke with said bachelor and bachelorette parties have been coming here for a while. But as Nashville has become a more popular bach party destination, these "transportainment" companies have really taken off. Honky Tonk Party Express was one of the first bus companies in Nashville and they operate 38 buses.

Grant Rosenblatt is the owner of Honky Tonk Party Express.

"We do 1,800 bachelorette individuals a weekend individual that equates any party comes between 12 and a half is a rough average per group," Rosenblatt said. "There are other party buses and other in other cities like your Miamis or Austins, but there's nothing that's quite where this open-air experience is. And when our company started in 2016, there was nothing like that in the country. Now, since then, it's became so popular that other cities are emulating it."

While many cities struggled with tourism throughout the pandemic, bach parties provided a boost to local economies. For instance, data from The Bach shows that in 2021, 13,000 bach parties were hosted in Nashville, and this year, 31,000 are planned there. The more parties, the more people are spending money in these cities. The Extreme Experience in Nashville actually launched during the pandemic.

Parris McKinney Jr. is the owner of Extreme Experience.

"Extreme is designed to have your own club on the bus. So, as you say, you have a lounge. You have your bar, and you have your dance floor. So, I came up with the concept as to, you know, you're more safe on here than you are out there," McKinney said.

These types of activities got so popular, Nashville has worked on adding new regulations for these companies, like applying for permits and allowing alcohol only on enclosed vehicles, after complaints from local residents that some visitors were getting out of hand.

Scottsdale, Arizona, is another popular destination to go to for these kinds of parties. It jumped from number five to number two on the bach travel trends report.

We spoke with bachelorette party planning companies that offer services like decorating rental properties with popular themes, creating itineraries and stocking the fridge.

Scottsdale Bachelorette is one of them. Casey Hohman started it in 2018 as a side hustle, but last year it became profitable enough to become his full-time gig.

"Throughout the pandemic, you know, Arizona was one of the states and Scottsdale was one of those cities where there weren't a lot of restrictions when it came to nightlife, when it came to restaurants, mask mandates, things like that. So, a lot of people actually detoured their bachelorette parties from other cities like Vegas and Florida to Scottsdale," Hohman said. "This year we already have over 750 parties booked for this year and that's up from about 300 last year. So, we're thinking we're probably going to end up tripling the business this year, just in one year, which is pretty awesome."

Most parties come Thursday through Sunday. Scottsdale Bachelorette sees about 20 to 30 a week with services that cost anywhere from $800 to $1,000.

Girl About Town is another bachelorette party planning company in Scottsdale that sees about the same number of parties per week and with services that range from $175 to $2,000. Meghan Alfonso, the founder of the company, says they, too, are benefiting from the increased popularity of bach parties in the city.

"We already hit our goal or our last shared goal now. So, we already have had 400 plus parties that have come through right now, which is July, the end of July. And so, it's just wild how fast the city has grown as well as how many people want to come here for their bachelorette. And so, each year we're just anticipating almost double," Alfonso said.

There are also other cities on the list that are up and coming. Girl About Town has expanded their business to some of them and is looking to continue expanding into more.

"We're also in New Orleans and Denver. And so, we have two girls that are in Denver that work it together. And then we have another girl in New Orleans who just does it by herself," Alfonso said.

Bachelor parties do come through some of these popular cities, too, but experts say they don't tend to have all the decorations and services that bachelorette parties have.

A survey from Savings.com found that bachelor party guests tend to spend more on activities like golf or sporting events. These groups also tend to go to far-away places, making their costs of airfare higher.

"I think just in general; the wedding industry has really grown from just the wedding to all these other things that happened before that. I think bridal showers have gotten bigger; engagement parties have gotten bigger. Even if you look at like gender reveal party that didn't exist before, you know, and now that's like a big party. So, I think, especially post-pandemic and, just thinking about what a special time this is, people are extending that party from just the wedding to all these other fun things that they can do leading up to it," Hohman said.