How Bob Marley Is Endorsing A Global Marijuana Brand 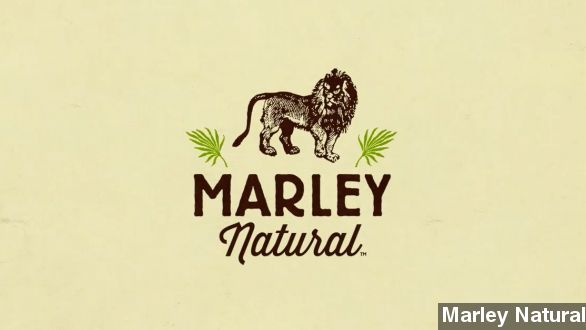 Marley Natural is the first global marijuana brand, and fittingly, the face of the product is one of its most famous fans.

Bob Marley and marijuana are unequivocally linked — from the late pop star's songs and videos to his nonstop advocacy for legalization. Now even in death, Marley's image will once again be attached to the herb.

MARLEY NATURAL: "He advocates for the positive power of the herb!"

Marley Natural is the first-ever global marijuana brand, and fittingly, the face of the product is one of its most famous fans.

The Marley Estate has agreed to a deal with Privateer Holdings, a marijuana-focused private equity firm, to "unveil [a] cannabis brand based on Bob's life & legacy." The terms of the deal were not released.

This firm pushing Marley Natural has had quite a year, raising $50 million in equity financing and opening a $20 million, 60,000-square-foot grow facility on Vancouver Island in British Columbia, Canada.

Charged with presenting a different image for the stoner's drug of choice is Heckler Associates, and while you might not recognize their name, you definitely have heard of their other clients: Microsoft, New Balance and Starbucks, just to name a few.

The launch of Marley Natural comes during a time when cannabis is experiencing rapid growth across the country. Recreational weed was just legalized last month in Alaska, Oregon and Washington, D.C., joining Washington state and Colorado.

"There's so many legal hurdles facing this, I don't know where to begin. First of all, it's illegal on a federal level. You cannot move it from state to state."

But the company seems unfazed and says you can expect to see their products on store shelves — well, at least where it's legal — by late 2015.

This video includes images from Getty Images and music from ​Kevin MacLeod / CC BY 3.0.