A Warming Climate Will Make It Harder To Stay Healthy 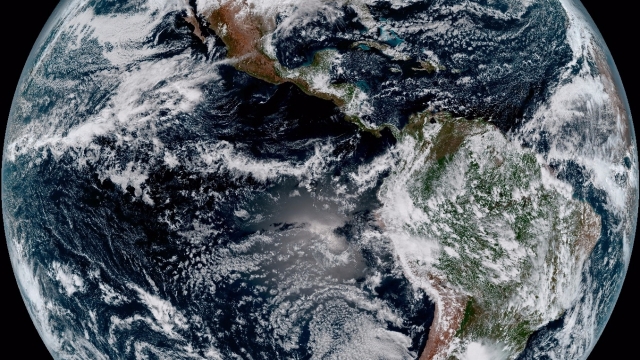 Even the little nuances of climate change could become significant problems for our health in the future.

Climate change is about more than extreme weather and rising sea levels. Scientists think the warming planet will affect your health, too. It will change what we eat, where plants and animals live and even how we interact with one another.

While unchecked climate change is expected to cramp the global food supply, it will also make the food that does grow less nutritious. Crops grown when more CO2 is in the air have less iron, zinc and protein, which isn't good for anyone who depends on them for a balanced diet.

Scientists expect that disease-carrying mosquitoes and ticks will spread to more climates — where people haven't had to deal with infestations before.

Scientists Could Be Closer To Increasing Global Food Productivity

Scientists in Illinois might have found a way to increase plants' yield with genetic modification.

And analysis of dozens of studies on crime and conflict shows as the climate gets more extreme, conflict is more likely. And this is true whether climate anomalies last for hours or decades, and whether it's two people in conflict, or whole countries.

These are problems we're already seeing, but scientists and activists are busy discussing what can and is being done to make sure these issues don't ever get out of control. They expect any climate-friendly policies we implement now could make us healthier almost immediately.