How Coffee, Albeit Lots Of It, Could Improve Your Physical Endurance 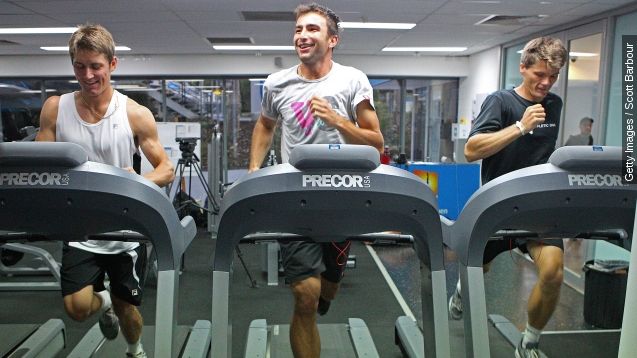 A review of nine previous studies found that participants averaged a 24 percent boost in physical endurance after drinking several cups of coffee.

What are you drinking before your work out? Water? A sports drink? How about coffee? Lots of coffee.

On average, participants' endurance jumped 24 percent after taking 3 to 7 milligrams of caffeine from coffee per kilogram of body weight; that translates to several cups for most people, in the 2- to 5-cup range, and that's just for athletes on the smaller side.

In the studies, participants drank coffee 45 minutes or more before they were tested to exhaustion while running or cycling.

One researcher said in a press release: "There's a perception that coffee won't give you the same benefits as pure caffeine. New research could mean that athletes could have a cup of coffee versus taking a pill."

If coffee's endurance benefits are confirmed, it might be better than pills since it's more readily available. Although that is a lot of coffee, and four of the nine studies didn't even show significant improvements in performance.

The authors are waiting for further research before recommending coffee to athletes.