How Secret Ingredients Get Cooked Into Congressional Spending Bills 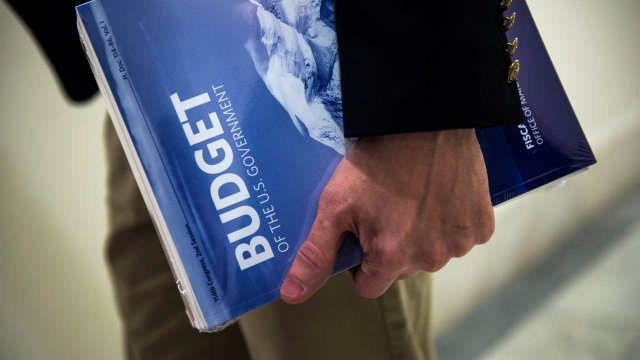 The process of appropriating government funds is often about compromise.

The word appropriations sparks about as much excitement as a deflating soufflé. But the process of appropriating, or giving out, taxpayer money has all the elements of a good "Chopped" episode.

For most of congressional history, getting a seat on the appropriations committee in the House or Senate was big time. Everybody wanted it because you hold the checkbook. If congressmen had the right moves, their home districts would get an extra large piece of the federal pie.

The spending process starts with the president sending out his budget. Then Congress gets to work. Every year on Oct. 1, the fiscal year begins and, under the regular rules, the appropriations committee decides where the funds go.

Payments like Social Security and Medicare are mandatory spending, so those funding levels are preset through a formula. But 12 subcommittees decide where to send the other 30-40 percent of discretionary funds for programs like farming, military and national parks.

After the 12 individual spending — or appropriations — bills are hashed out, they move to the full committee, then the House and Senate floors, where all members get a say. This is where the forgotten pressure cooker, boiling away, announces itself — and oftentimes the best efforts of appropriators are mush.

Democratic Sen. Ron Wyden argues the bill to reauthorize FISA Section 702 "ought to be open to a real Senate debate."

To overcome this setback, leaders have increasingly turned to an alternative called an omnibus bill. For our purposes, this is the last-ditch casserole with everything slopped into a pan. 12 bills or 8 bills — whatever is leftover — become one.

It's easy to slip in an earmark here, and one there, because who's gonna notice? Earmarks are not officially allowed. But since the House and Senate versions have to match, the final negotiators can sweeten the pot sometimes for holdouts.

A $10 million grant for a recreation center in a specific district? You got it. $5 million for a library, approved. Procedurally, it's probably easier than you'd think.

The Congressional Research Service explains how at the last minute, leadership can add a "full-text substitute amendment" to spending bills. It puts a big "X" through everything written before and replaces it with the new language, including those grants. So that's appropriations in a nutshell — something Alex Guarnaschelli could be proud of.