How Did Nextdoor Get So Popular? 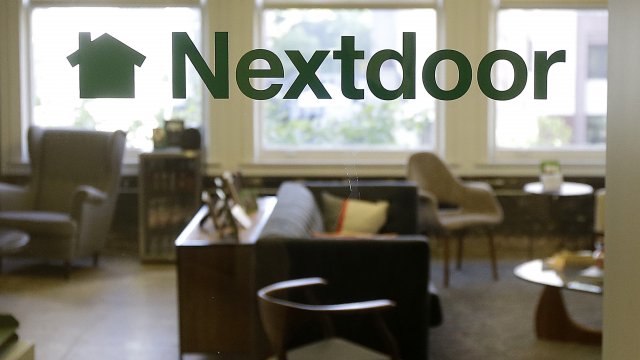 As of midway through 2021, Nextdoor said it had more than 69 million users.

Even though social media platforms like Facebook have more users than some of the most popular religions in the world, and have connected communities who would’ve never known about each other, there’s been a growing demand for creating more hyper-local online spaces for real-life neighbors to discuss what’s going on around their homes. Entities like Nextdoor have stepped in to provide this platform, and it’s been adopted incredibly quickly across the globe.

The pandemic and subsequent lockdowns played a role in drawing more users and engagement to Nextdoor, as it provided a space for users to get updates on local information about coronavirus — like school and business closures. The company built features into its app to directly address the pandemic. One such tool, called "Help Map," allows users to indicate themselves as ready to provide assistance to their neighbors.

That hyperlocal approach to social media has led to a boon in Nextdoor user numbers — from 48 million in 2019, to 58 million in 2020. And as of midway through 2021, the company said it had more than 69 million users. Those users are sticking around through the height of the pandemic, too. According to the company, its weekly active users grew from 27 million in the last quarter of 2020, to 36 million a year later.

As of the end of 2021, the app was in nearly 1 in 3 households across the United States. And it's looking to expand internationally. Approximately 1 and 5 households in the U.K. are on the app. All together, Nextdoor currently serves more than 285,000 neighborhoods across 11 countries.

And Nextdoor is just one of many local social media apps looking to make headway into this prospering market. Amazon Ring has an app called Neighbors that allows users to create posts that notify the neighbors of crime or safety events within a certain distance of their home. Those alerts appear on a map and in a timeline so users can know where the information is coming from. According to their terms of service, Ring users can also post about things like lost pets — and the app also has features to highlight good neighborly deeds.

Notably, Facebook has a Nextdoor clone, coincidentally named Neighborhoods, that's designed for neighbors to connect and share local news. Users can make a subprofile and join your neighborhood to chat with locals in an open forum. It's part of Facebook's focus to push users to connect with various local businesses and communities that matter to those users as a means to drive engagement. Some user activity and information in Neighborhoods can be used to tailor ads to users as well.

Nextdoor looks to have some sticking power in the business world as well. As of November 2021 the company has been valued at as much as $4.3 billion, up from $2.2 billion in September of 2019.