Netflix, Hulu And Amazon Get Major Thanks At The 2020 Golden Globes 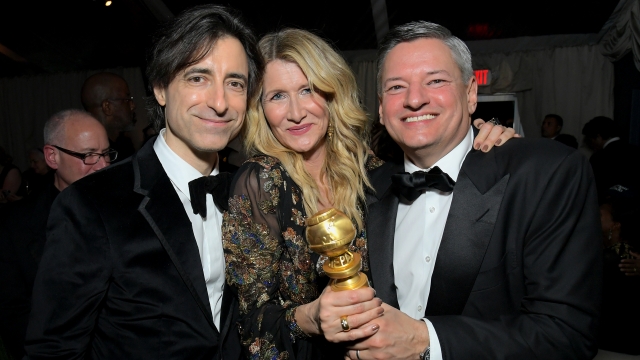 With 50 nominations and six wins, streaming platforms like Netflix, Hulu and Amazon Prime Video were a prevalent force at the 77th Golden Globes.

"This is thanks to God and Hulu."

"To the incredible Netflix."

With 50 nominations and six wins, streaming platforms like Netflix, Hulu and Amazon Prime Video were a prevalent force at the 77th Golden Globes.

Ramy Youssef and Phoebe Waller-Bridge, both actors who created their own streaming series, were quick to credit Hulu and Amazon Prime Video during their acceptance speeches. And host Ricky Gervais made a point to call out Netflix in his opening monologue.

"Everyone's watching Netflix. This show should just be me going on, coming out, going, 'Well done, Netflix! You win everything. Good night!'"

But despite Netflix's 34 nominations in both film and television categories, the streaming platform walked away with only two wins. The Verge called it "the biggest surprise" of the night, but something that could change for the Oscars.