How Did The Fouth Of July Become 'The Fireworks Holiday?' 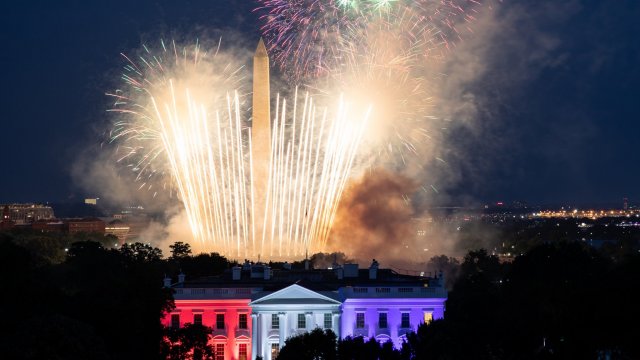 When it comes to celebrating American independence, we like to bring it in with a bang.

But why do we celebrate with fireworks on the Fourth of July?

In 1776, as the U.S. neared its independence,  John Adams wrote to his wife Abigail.

“The second day of July 1776 will be the most memorable epocha in the history of America ... It ought to be solemnized with pomp and parade, with shews, games, sports, guns, bells, bonfires and illuminations from one end of this continent to the other from this time forward.”

Adams was off by a couple of days on when the U.S. would actually declare independence, but he was pretty spot on otherwise.

Some cities and states have tried to extinguish the pyrotechnic tradition, citing potential dangers.

But today, Americans spend over 1.5 billion dollars each year on July 4th fireworks.