How Did We Get Metaverse Real Estate? 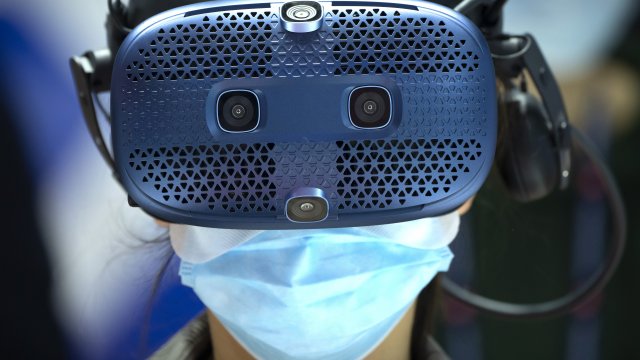 People are paying millions of dollars for land that doesn’t actually exist. Is that a bubble, or the next big thing?

Even though the metaverse as we know it is in its early stages, there's already millions of dollars being invested in various digital spaces, including in a particularly niche market — virtual real estate. The digital worlds that these plots of land are housed in are raking in millions of dollars for land that doesn’t actually exist.

The virtual real estate market is mostly concentrated by four companies who provide the metaverses where you can buy, sell or trade virtual land - The Sandbox, Decentraland, Cryptovoxels and Somnium Space. Real estate sales on these four platforms were more than half a billion dollars in 2021, according to MetaMetric Solutions. Metametric also projected sales to reach nearly $1 billion in 2022.

Large sections of these metaverses are being bought by investors who are willing to pay upwards to seven figures for digital plots. In November 2021, Republic Realm, a company that invests and develops virtual real estate, purchased 792 parcels of land in the Sandbox metaverse for approximately $4.3 million dollars, and said it was the “largest virtual real estate transaction ever recorded. The company owns roughly 2,500 total virtual properties. Another investor paid roughly $450,000 to own a digital plot of land next to Snoop Dogg’s virtual house in Sandbox.

Decentraland, another one of the big 4 metaverses, saw a purchase of a section of digital land go for about $2.43 million in cryptocurrency, which is more than the average house price in Manhattan. In June of 2021, Republic Realm also bought about 250 parcels of land from Decentraland for more than $900,000.

The question that remains, however, is whether these investments in the metaverse are on the cutting edge or if it's the next big bubble to burst. Much like the dot-com boom of the 90s, tech fads can make prices for virtual land rise quickly as more investors rush into a speculative area to invest. The markets rely on blockchain and mirror that of cryptocurrency and NFTs, in that they’re highly speculative and volatile when it comes to pricing. In the Sandbox, the average price for a plot of land rose from $100 in January 2021 to approximately $15,000 by December.

But there are ways that companies are trying to prevent this bubble from bursting, including by introducing scarcity to the digital platforms. Sandbox will only allot about 166,000 parcels of land, while Decentraland only plans to have about 90,000 plots available.