How Disney Got Its International Clout 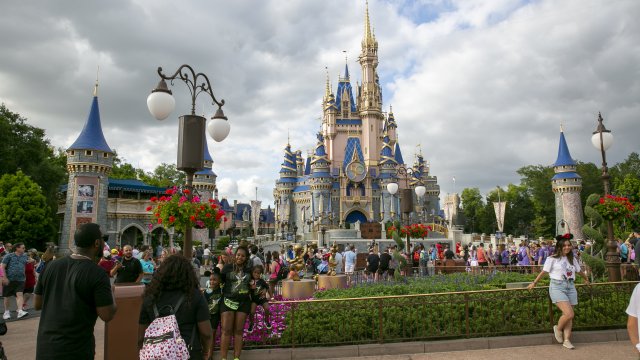 Whether it’s a theme park ride, a movie, or a cruise ship, you’ve been touched by the house of mouse.

Whether it’s a theme park ride, a movie, or a cruise ship, you’ve been touched by the house of mouse.

Since its founding in 1923, the Walt Disney Company has grown in to much more than the studio that created your favorite childhood movies.

It now also owns franchises that span the entertainment galaxy,  from “Family Guy and "American Idol” to Star Wars and Marvel.

Disney is one of the most successful entertainment companies in the world, a media giant worth around with a market cap currently around 200 billion dollars.

The company, which employs more than 200,000 people, is regularly ranked by Forbes among the top 10 most powerful brands in the world.

Part of the reason is its ability to attract audiences and fans of all ages, reaching a global audience at theaters, at parks and in their homes.

Company founder Walt Disney opened his first theme park in 1955 in Anaheim, California.  It changed the trajectory of the company, and the industry, as the first family destination theme park.

Today, the company owns and operates six resorts with a total of twelve parks, with a global footprint from Florida to Paris and Tokyo.

The most popular theme park of 2019 was Walt Disney World’s Magic Kingdom in Orlando. But the magic isn’t just in the Sunshine State.

According to the Themed Entertainment Association, every Disney park around the world made the top 25 in 2019, making Disney the most-visited theme park group in the world, with nearly 156 million visitors.

Those parks, dotted with characters from Pixar, Marvel and Lucasfilm movies, are all under the Disney umbrella. The company also owns or has major holdings in networks like ABC, ESPN, Freeform and Hulu.

And now Disney Plus, a streaming hub with over 130 million subscribers worldwide.

Disney also owns vacation clubs and even operates its own cruise line.

Walt Disney used to famously say "I don’t want the public to see the world they live in while they’re in the park. I want them to feel they’re in another world."

The heart of that feeling, and the company’s success and continued expansion, Disney executives say, comes from good storytelling.