How Do Sister Cities Work? 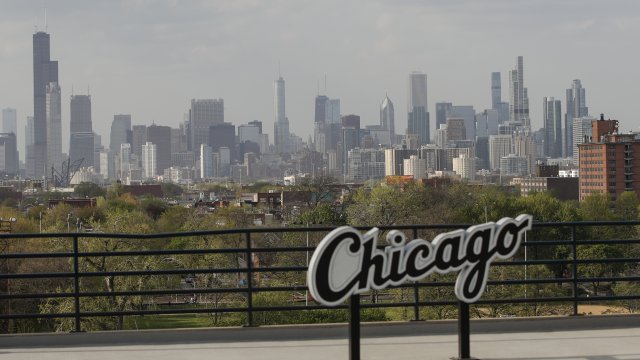 In the 1970s and 1980s, dozens of communities in the U.S. and the Soviet Union overcame Cold War fears to create sister cities links.

International flags are a common sight at airports.

And the flags at Chicago’s O'Hare International Airport are about family — or more precisely sisterhood. From Kyiv to Mexico City, they represent Chicago’s 28 sister cities.

According to the nonprofit Sister Cities International, 500 communities in the U.S. have partnerships with international cities in over 140 countries. But what are the benefits of these sisterhoods? And why do we have them?

President Dwight Eisenhower turned the concept into a program in 1956 to foster global peace.

The idea was to improve relationships between former war adversaries through citizen diplomacy and things like student, art and culture exchanges.

The program exploded in popularity in the following decades.

In the 1970s and 1980s, dozens of communities in the U.S. and the Soviet Union overcame Cold War fears to create sister cities links.

But today many are turning back the clock as a result of Russia’s invasion of Ukraine.

From Sarasota, Florida, to Dallas and Chicago, governments across the U.S. Say suspending ties with their Russian counterpart is a difficult but necessary decision.

They recently voted to keep their sister city ties to Vladivostok, Russia.

One assembly member said “rather than punishing them for what their dictator is doing, say we’re still here.”

Russian controversy aside, the number of sister city relationships across the globe has been steadily growing.

But today, the goal seem to be less about global peace and more about generating cash by boosting city-to-city trade, investment and tourism.

Though that’s a less lofty aspiration, it’s one that could bring similar results.

Research shows that increasing trade between nations reduces the likelihood of war.