How Does Missouri Senate Filibuster Compare To Others In US History? 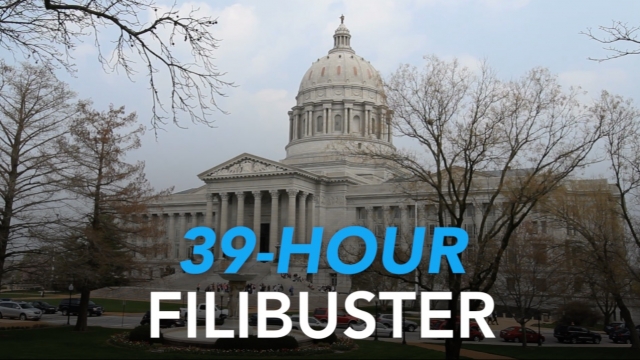 Missouri Senate Democrats filibustered a Republican proposal for more than 39 hours. How does it stack up to other filibusters in U.S. history?

That proposal, Senate Joint Resolution 39, would protect "certain religious organizations and individuals" who refuse services or goods related to same-sex marriages or weddings.

Missouri Senate Democrats argue the proposal will codify discrimination into the state's constitution.

This issue has recently become a touchy topic, and other states have seen similar bills.

But how does the length of this marathon filibuster compare to others?

Missouri Senate Democrats led a 38-hour filibuster over an abortion bill in 1999.

The longest filibuster on record goes to former U.S. Sen. Bill Meier of Texas, who filibustered a worker's compensation bill for 43 hours in 1977.

This video includes clips from the Missouri Senate, KXAN, the South Carolina Hall of Fame and The Texas Tribune.