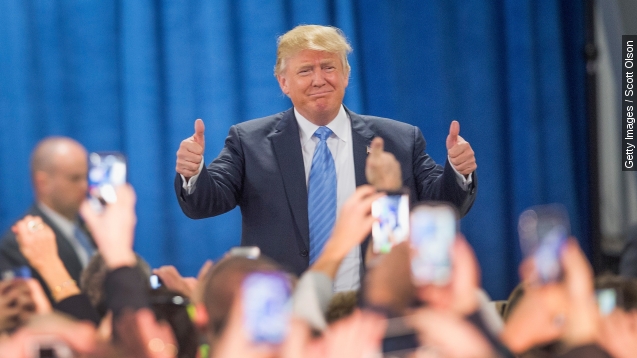 Donald Trump's penchant for bombastic comments works a lot better on the campaign trail than in the corporate world.

Trump owns the Miss Universe Organization. He is currently seeking $500 million in damages from Univision.

NBC also said Trump will have no future involvement in "The Celebrity Apprentice."

Then, there was more fallout from this:

"Donald J. Trump is calling for a complete and total shutdown of Muslims entering the United States until our country's representatives can figure out what the hell is going on," Trump said.

Lifestyle, a major Dubai retailer, stopped selling Trump's line of home decor in 195 of its locations.

Other business leaders in the Middle East have also spoken out against Trump.

"I view him as the biggest enemy of Islam. ... This is what ISIS wants to hear," said real estate mogul Khalaf Al-Habtoor.

Trump was also reportedly close to being chosen to host The Open championship at his Turnberry golf course in Scotland in 2020.

But that's gone now, according to The Independent.

Still, Trump maintains his lead in the polls. Thirty-eight percent of registered Republicans and right-leaning independents support the candidate.