How Emojis Have Become Part Of The Legal Landscape 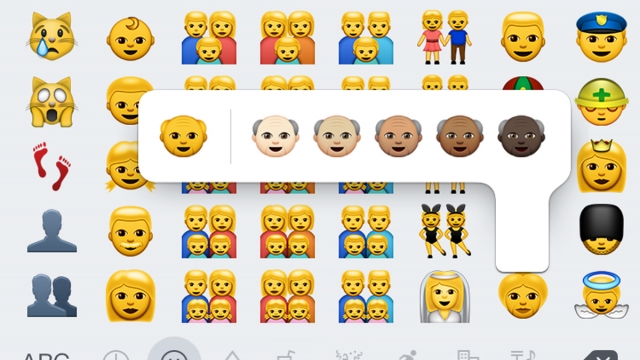 While most people use emojis to joke around in text, they often appear in pretty serious crime cases in court.

World Emoji Day is coming up on Sunday July 17.

As the digital lingua franca takes over all aspects of life, they have also started to appear in court cases around the world, creating a type of emoji law.

One of the leading and only emoji law experts, Eric Goldman, shares how emojis are seen in the U.S. court system today.

"The first time that emoji was referenced in a court opinion was 2014, so less than a decade ago," Goldman said. "So unsurprisingly, we're still not in the thousands of cases that have referenced it. We're only still at about 200 for 2022."

Goldman has been tracking every time the word “emoji” or “emoticon” comes up in a court case so that he can measure how many times they're referenced from year to year. Going back to 2021, there were more than 160, which is a 23% increase from the year before, and that growth has been consistent.

To break down the lingo: Emoticons are often faces that can be made with the characters on the keyboards, and they were the main form of emoji-style communication back when there was only T9, or the text that was laid out on nine different keys. But since then, emojis have somewhat taken over.

While most people use emojis to joke around in texts, when they appear in court, it’s often for some pretty serious crimes.

The most common emoji case involves sexual predation of children. Other common ones include murder, discrimination and harassment.

Emojis can even be used as slang that signals criminal activity. In sex trafficking cases people might use emojis like money with wings, high heels and the crown. For drug cases there’s a number of different emojis that can be used to symbolize different drugs.

Interpreting slang in a legal context isn't new, but emojis add another layer of complication, especially when it comes to breaking down their meanings.

"The most unusual thing about emojis is the fact that they can look different on different platforms," Goldman said. "So if I'm using an Apple and my recipient's using an Android, we might be communicating with each other, using what seems to be the same emoji symbol. But, it may look different on our platforms and we might see different things that have legal significance."

iPhone users probably know the connotations that come with some emojis like the peach. However, they're often interpreted differently when seen on an Android. Goldman says lawyers and judges need to look at these cases like there’s multiple versions of the emoji and not just one.

Emojis also change over time; Apple and Android have updated theirs routinely. A draft of 31 new emojis was just released, and they will be finalized in September. So in court, legal experts have to make sure that emojis presented match up with the version from the year they were used.

This was relevant in one case where a woman claimed her employer sexually harassed her.

"She introduced some evidence, a chat log of evidence that suggested that, in fact, the employer had engaged in sexual harassment of her," Goldman said. "But what was interesting is then the defense lawyer said, 'What device did you have this chat log on?' And she said it was on the Apple 5. Then they looked at the emoji that was depicted in this chat log, and it was an emoji version that was only available on the... Apple 12 or later."

Ultimately, the court ruled that the chat was fabricated. In another case, a teen girl was having a fight with her mom, and the court was trying to determine if it was a threat to commit violence.

"Prosecutors come in and try to prosecute the teenage girl for her behavior, including the fact that she had threatened her mom," Goldman said. "The chat string when the teenage girl was venting included several emojis, and the court said, 'Hold on a sec. This is not an actual thread where this girl is going to go out and kill her mom. This is someone blowing off steam.'"

Goldman says it’s important for legal experts to understand that emojis have the potential to completely change the meaning of text, but that doesn’t mean we should be afraid to use them.

"My advice, my recommendation, is use your emojis, enjoy that, understand that there might be times people read them differently than you meant," Goldman said. "That's just part of human communication."