Online Ballot Tracking Is Reliable But Not Perfect 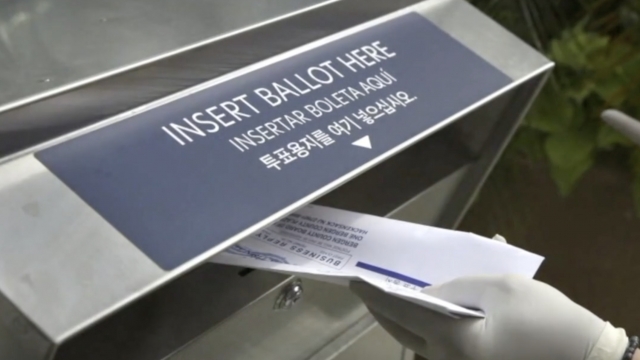 Newsy's investigative team finds confidence in the accuracy of ballot tracking despite problems in Detroit this summer.

Election offices are offering free online tools to let voters use a smartphone or computer to track the journey of their ballot like they might for delivery of a shipment.

Newsy found ballot tracking does not always work, as Detroit voters learned this summer, but election officials across the country say errors with ballot tracking are rare.

They expressed confidence it will be a reliable way to offer peace of mind for the millions of Americans expected to vote for the first time by mail this fall to avoid risking exposure to the coronavirus.

“It’s very reliable,” said Jocelyn Bucaro, director of elections for the city and county of Denver. “The most complicated part is for a voter to look themselves up and become a subscriber.”

Ballot tracking is available in most states, but features vary depending on location.

The most intelligent tracking programs will alert you when a ballot has been sent to your address.

After you fill it out and mail it back, ballot tracking will notify you when the elections office has received it, and finally, when it has been tabulated.

The programs can also alert you about any problems with your mail-in vote, such as a forgotten signature.

The accuracy relies on election workers keeping the tracking system up to date, which did not happen in Detroit during the August primary.

Voter Julie Burtch told Newsy that software in use in Detroit called BallotTrax never showed that her absentee vote was received and counted.

“I know dozens of people who are in the same situation I am who are unable to verify their votes were counted,” Burtch said. “I’m questioning now whether I want to vote absentee in the next election.”

The department is adding more people to run BallotTrax during the upcoming general election, said Tim Gaffney, IT manager for the Detroit Department of Elections.

“Voter confidence is very important,” Gaffney said. “Once we found out what these issues were, we put in place a plan.”

The same BallotTrax software is in use in more than 250 counties.

The company is working with election clerks to make sure officials are equipped to keep the service accurate amid the expected crush of mail-in votes, said Steve Olsen, CEO of BallotTrax.

“Nothing’s perfect, especially with technology,” Olsen said. “This system is pretty well-matured by now. We built it in 2009, so we’ve run hundreds and hundreds of elections through it.”

Bucaro says the ease of using ballot tracking for both election officials and voters helps to keep it dependable.

“This is a simple system that provides excellent customer service and a great tool for voters to feel assured their ballot is received and counted,” she said.

Voters should send in ballots early with enough time to confirm they are cast, either by using online tracking or by calling the elections office, Bucaro said.

“Take a little bit of time to do those steps and make sure their ballot is counted,” she said.