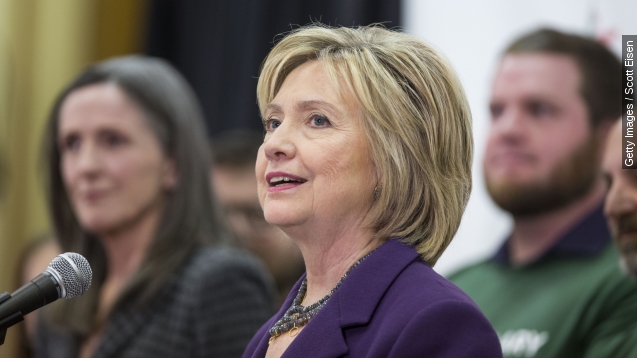 Hillary Clinton's foreign policy credentials may look strong in comparison to her Democratic rivals, but on a national scale, they might hurt her.

Hillary Clinton may very well come out of Saturday night's debate looking stronger than her competitors on foreign policy.

Her experience as secretary of state and even her time as first lady compare favorably to her opponents: a former governor, and a senator whose primary focus has been on domestic issues. (Video via U.S. Department of State, CBS)

But her time as secretary of state also associates her deeply with President Obama's foreign policy, which isn't widely popular. (Video via The White House)

According to the most recent CBS / New York Times poll, more than half of responders said they disapproved of the president's foreign policy, with just a third signaling approval.

And then there's the whole issue of how Clinton handled Benghazi, which also hurt her approval rating, and trustworthiness. (Video via ABC)

So, while she's the only presidential candidate, of either party, to have served as secretary of state — in a national election, that might not help her.