How Much Money From The NCAA's March Madness Goes To The Players? 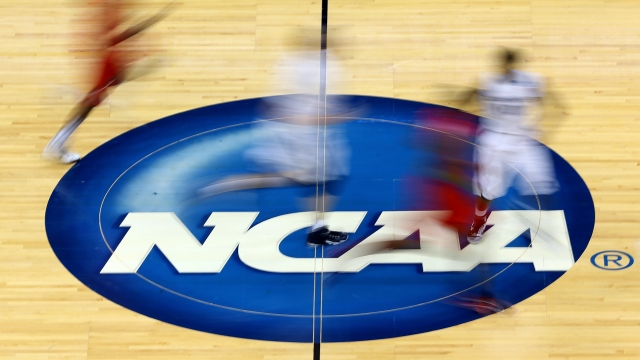 The NCAA Men's Basketball Tournament has pulled in around $1 billion in revenue, but the players don't get paid directly.

It's one of America's most-watched sporting events, and it's the NCAA's main source of revenue. But just how much money does the NCAA pay athletes for playing in its March Madness tournament?

The answer's a bit complicated, but none of the money goes directly to the players in the form of cash.

Here's how it breaks down: the NCAA reported it pulled in around $1 billion from the games in 2017. Around half of that gets paid out to Division 1 schools for scholarships and to help pay for sports that don't make a ton of money.

So while they might benefit in the form of college attendance costs and other related expenses, the players don't receive direct compensation for participating in March Madness.

It's part of the NCAA's "amateurism" principle, meaning student athletes can't be paid for playing. But some experts have argued it should be allowed, even suggesting that the players start up a basketball union to make it possible to earn and disperse revenue amongst themselves.

It's also the topic of a federal court case decided earlier this month.

In Alston v. NCAA, two former student athletes argued the amateurism rules violate antitrust laws. A California judge somewhat agreed. She ruled the NCAA can't ban schools from offering more education-related, non-cash benefits outside of scholarships -- things like computers or musical instruments -- but that still doesn't mean that it has to change its regulations.

And it's unlikely the NCAA will change its stance on the issue anytime soon. Last year, NCAA President Mark Emmert said paying student athletes could lead to unintended consequences - like eliminating other university sports.

"If you were going to pay salaries to male athletes, you'd have to do the same thing for female athletes and you'd have to come up with some explanation to the federal government as to why you would possibly not do it for one group versus another and I think that's completely untenable," Emmert said. "I think the other issue is that if you were going to move into a model where you were just paying football and basketball athletes — at least that's the argument that always comes forward — the way athletic departments are going to do that is they're going to eliminate other sports. There's really no other way for them to do it."

So while the court case does appear to have made some progress for players in theory, for now, that billion-dollar March Madness revenue will still mostly stay in the hands of the NCAA.