How Much Would A Military Parade Really Cost? 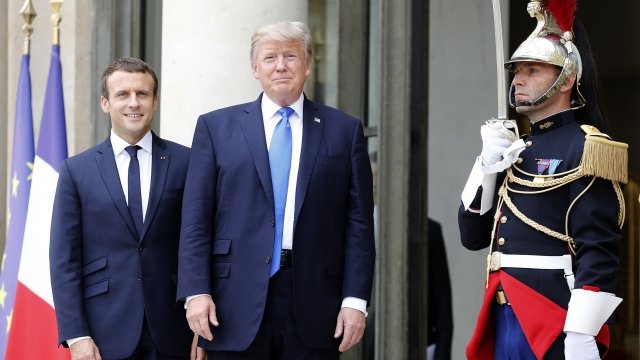 Inspired by France's Bastille Day celebrations last year, President Donald Trump wants a military parade too — an even better one.

The White House says the Pentagon is considering ways to make it happen.

But even if it can, how much much exactly would a military parade cost?

These types of events are very uncommon in the U.S. and can be expensive. The last one was in 1991 celebrating victory in the first Persian Gulf War, and it different outlets have estimated its cost at $3 million to $8 million in federal funds.

Adjusting for inflation, that's around $5 million to $12 million today.