How Olivia Rodrigo Went From Disney Darling To TikTok Sensation 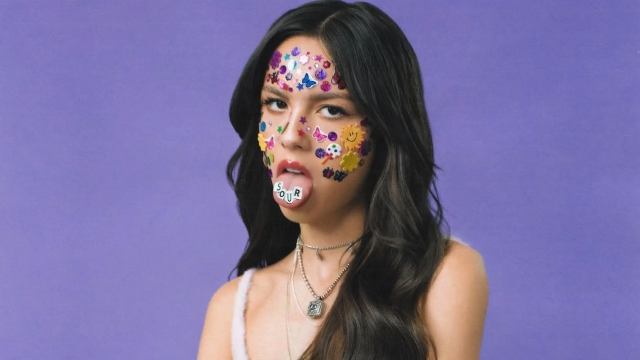 Olivia Rodrigo is one of this year's biggest breakout musicians. But if you still have to Google who she is, it's OK! We've got you covered.

Unless you were an avid viewer of Disney's "High School Musical: The Musical — The Series" or "Bizaardvark," you probably didn't really know who Olivia Rodrigo was when "Driver's License" first came out in January. And now — after the release of her third single "Good 4 U" — this 18-year-old Filipino American from California is basically everywhere.

Beyond skits and performances on "Saturday Night Live" and the Brit Awards, the main push for Rodrigo's music comes from TikTok. 1.8 million videos on the platform use sound from "Driver's License," and that doesn't include the several other meme versions of the song made by fans.

In January, her breakthrough single set the Spotify record for most streams in a single day for a non-holiday song. Several hundred of those 11 and a half million streams might've been from me.

And then in April, Rodrigo's second single "Deja Vu" debuted straight into the No. 8 spot on the Billboard Hot 100 — making her the first musician in history to have their first two singles land in the Top 10.

Rodrigo's viral work over the past couple months culminates in "Sour," her debut album releasing Friday, May 21.