How One Artist Can Sweep The Grammys 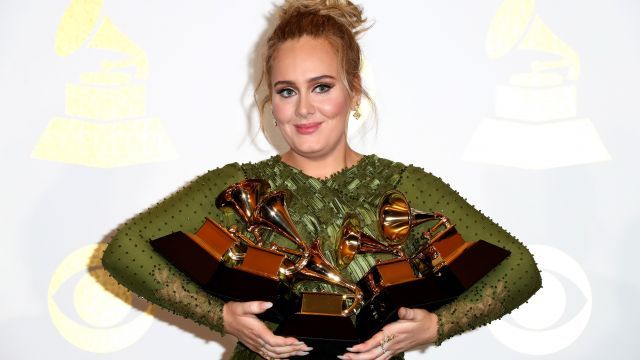 If it seemed like Adele won everything at the 2017 Grammys ... she kind of did. Song of the year, album of the year, record of the year — so what's the difference?

Well, all three categories honor different people for different roles. You could take the same song and give Adele two honors based on different things she brought to the table.

Which is exactly what the Grammys did for "Hello." Adele won record of the year for her voice. But the award also went to the producers and engineers who worked in the studio alongside her.

"Hello" also won song of the year for its songwriting. In this case, that's still Adele, but she shares the accolade with producer Greg Kurstin who co-wrote the song.

It's good that songwriters are recognized in their own category since they seem to be the only people who aren't included in the golden gramophone for album of the year.

The ultimate team award is the album of the year. All producers, performers, engineers and sound mixers are honored for their roles in what's considered the best album top to bottom.

Adele swept the top honors of the night, but her humanity stole the headlines.