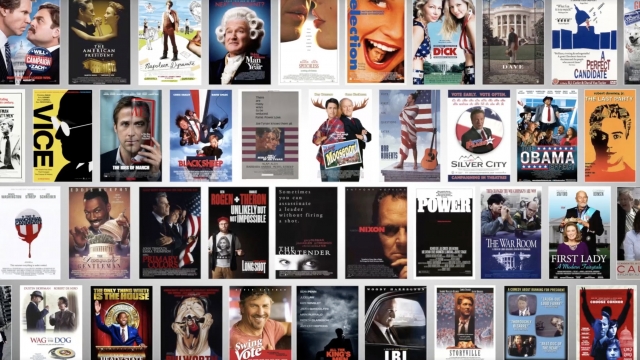 In an era where Americans are as divided as ever over politics, its line with pop culture has become even more blurred.

Newsy looked at 40 movies about U.S. elections, from films about real political figures to fictional presidential, mayoral and even student government races.

These 40 movies — like romantic comedies "The American President" and "Long Shot," political satires like "Dave," "Bob Roberts" and "Wag The Dog," and biographical thrillers like "All The President's Men" — made more than $980 million in U.S. theaters.

But what do they say about how audiences perceive elections and politicians?

Political figures on screen, including main protagonists like the title character of "Bob Roberts," were more likely to be seen as villainous and corrupt regardless of party. Several films like "The Campaign," "Dave," and "Head of State" featured fictional villains in politics that were almost unrealistically unlikeable, unethical and insincere to highlight the negative aspects of political ambition.

Beyond negative characters, themes like corruption and conspiracy were common in movies based both on real history and fiction.

On Screen And Off, Women Are Reshaping Political Documentaries

Documentaries about women in politics, activist movements and journalism are changing the face of the genre.

The Oscar award-winning film "All The President's Men," for example, detailed the real-life Washington Post investigation that brought down the presidency of Richard Nixon, while the satirical film "Wag The Dog" told the story about political spin doctors fabricating a war to distract voters from a presidential sex scandal.

As exaggerated as these negative fictional depictions can be, they can also reflect real voter perceptions.

A 2020 Pew Research poll found that more than 70% of people in the U.S. don't think that elected officials care about ordinary citizens, and a 2022 study from the University of Chicago found that a majority of surveyed voters agree that the government is "corrupt and rigged."

With that in mind, it's easy to see why election movies lean as negative as they do, but that doesn't always mean a bad ending.

Without spoiling anything, comedies like "The Campaign," "Long Shot," "The American President" and "Dave" have optimistic endings despite their political conflicts, and that should add a little uplifting entertainment to Election Day.