How Quickly Does Gut Bacteria React To Diet Change? 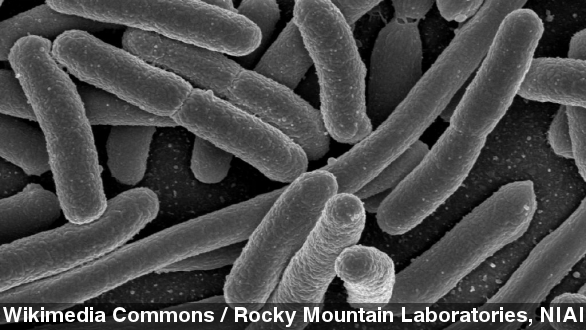 A new study shows that the community of gut bacteria will altar rapidly when faced with a different diet.

Your gut's bacteria might be more sensitive than you think.

A new study shows changes in your diet can rapidly alter the trillions of bacteria housed in your stomach and intestines. Just how rapidly are we talking? One day is all it takes. (Via LiveScience)

Scientists had a group of 10 people adopt two extreme diets for five days each— one with all animal products and then one with all plant products. Their stomach bacteria went into a frenzy!

WBUR explains, "It’s not as if the whole set of microbes were replaced by a new set ... but the abundance of some microbes changed, and their activity — judged by which genes were 'turned on' — changed rapidly."

The all meat and dairy diet led to the most changes, including a spike of microbes that love bile and help break down fats. This type of bacteria has caused inflammation and colitis in mice and is even linked to irritable bowl syndrome.

Not surprisingly, the plant-based diet, which researchers said is similar to diets found in developing countries, increased the amount of bacteria that break down carbs and sugars.

So what does this mean for your upcoming holiday feasts? The researchers can't say yet.

However, Lawrence David, on of the study's contributors, told NPR: "I mean, I love meat. But I will say that I definitely feel a lot more guilty ordering a hamburger ... since doing this work."

So as much as we rely on those little gut bugs for our health, it's good to know how flexible they are.