How Should Bitcoin Be Regulated? 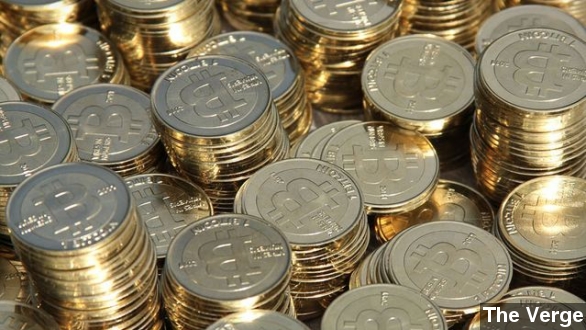 Supporters of the virtual currency bitcoin are calling for "safe and sane" regulation.

The bitcoin heads to Washington Monday — or at least — the virtual currency's backers — in a bid for "safe and sane" regulation.

So what's bitcoin? Introduced in 2009, it's peer-to-peer currency that isn't backed by any bank or central authority. Its supporters say bitcoin makes mobile payments safe and easy, with little to no fees. (Via YouTube / weusecoins)

"Bitcoin is a really awesome tool because it brings a whole host of financial services to the unbanked, to people who don't have access to the market." (Via RT)

But expect to hear from critics in law enforcement, who say without a bank to back the currency, bitcoin could be a tool for money launderers and criminals.

You might remember the FBI recently seized the online black market Silk Road, where bitcoins were used to buy things like cocaine, ecstasy and fake passports. (Via ABC)

The U.S. Treasury hasn't yet defined bitcoin officially as a currency, though a federal judge recently ruled it in fact is. (Via Forbes)

And the Federal Election Commission is looking into allowing candidates to accept bitcoin political donations. (Via Talking Points Memo)

Monday bitcoin hit an all-time high in trading in Asia — a sign of its growing popularity. Monday's hearing will be the first, but likely not the last, to discuss how — and if — the virtual currency should be regulated.