How Social Media Has Fueled The 'Clean Eating' Movement 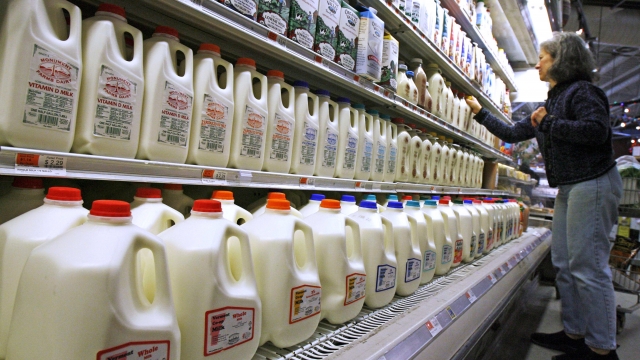 Clean eating can mean different things for different people, but the influence of social media on diet trends is ever-changing, from gluten to dairy.

Social media has a big influence on food trends and what humans eat.

A study funded by the U.S. Department of Agriculture found that social media actually helps young adults choose healthier foods. One survey of over 1,200 young people ages 14 to 24 found that more than half were familiar with the term “clean eating” from social media, other online sources or their peers.

The hashtag #EatClean has more than 61 million posts on Instagram. But, how exactly did this trend become so popular, and what does it mean to “eat clean?"

The meaning of the term “eat clean” can vary by person. Generally, it means eating foods that are as close to their natural state as possible by avoiding processed foods and added preservatives.

Diets have been a trend for several decades. Counting calories dates back to the 1910s and Weight Watchers emerged in the 60s. The Atkins diet and other low-carb diets became popular in the 90s and early 2000s.

Our modern idea of clean eating can be traced back to popular books like “The Eat-Clean Diet” in 2007 and “Clean," which came out in 2009. These books promoted more than a diet but a lifestyle — the idea that eating these foods was a more holistic way of living. Over the last decade, more people started cutting a lot of things out of their diets.

"There's enormous pressure to eat right, to look right, to fit in to this culture — never used to be like that," Kronberg said. "I mean, there was a cluster of people who thought eating was so important and what you eat. But now everything — the chemicals, where it comes from, the pollution — I mean, there's a lot of value on what food you eat."

Between 2009 and 2014, the number of Americans who stopped eating gluten, even though they didn’t have celiac disease, more than tripled. The lead researcher on that study thinks one reason for this is because being gluten-free became trendy for health-conscious people. There were also more people stepping away from dairy and substituting regular milk for almond or oat milk. Sales for those other regular milk alternatives grew by more than 60% between 2012 and 2018.

During the pandemic, there was a surge in plant-based diets. In 2021, the plant-based food market value rose to an all-time high of more than $7 billion, growing by more than 50% in three years.

Experts say part of this could have been because of COVID-19. Some people may have wanted to eat healthier to improve their immune response. Harvard researchers found that plant-based diets could decrease the risk of getting a severe case of the virus.

On social media, more influencers promoting their plant-based lifestyles have emerged. People like Tabitha Brown blew up on TikTok during the pandemic with her tasty-looking, vegan-inspired foods. She now has more than 4 million followers on Instagram and Tik Tok and has a cookbook coming out.

There are also celebrities like Gwyneth Paltrow, actor and founder of wellness brand “Goop,” who are known for talking about and promoting clean and vegan eating. Brooklyn Nets player Kyrie Irving claims his plant-based diet has made him a better player.

It's an easy option for celebrities and influencers, and it's likely these trends will show up on the plates of higher-income people. That’s because healthy foods are expensive. Consumer Reports says organic foods cost about 40% more than non-organic foods.

In the past several years, natural and organic foods have made the jump from special health food stores to more traditional grocery stores, but that only does so much for “food deserts” — neighborhoods that lack access to grocery stores to begin with.

Some nutritionists warn that the idea of clean eating can create or worsen stigmas attached to certain foods that aren’t especially bad for you, like anything that’s not clean eating can become “dirty.” But, some nutritionists say that’s not necessarily true because healthy eating is subjective, and you should figure out what works for you with the help of a licensed professional, rather than turning to social media for advice. "Trainers working out in the gym are giving out nutritional advice, and the guy who makes the smoothie is giving out nutritional advice," Kronberg said. "Everybody thinks they know something from their own experience, and I will give them credit for having their own experience. But that is your own experience."

Although 71% of young adults surveyed defined clean eating as healthy, it has the potential to become dangerous. When people are on strict diets, they can develop an eating disorder called orthorexia. It can cause people start avoiding certain events and eating with friends out of fear that they won’t be able to find the right food.

"So if somebody is older, they're eating, they're dieting, and they're trying to manipulate their body and size, the weight, in a stillman's way, let's say," Kronberg said. "They and the younger generation are eating all clean and pure and healthy and the salmon from Alaska, so based on what's going on in the culture that becomes part of the eating disorder. You can eat as whole and as fresh and as raw as possible, but sometimes you have to be able to eat something that's not."

One study found that among young adults, the higher use of Instagram is associated with developing Orthorexia, so while social media has the power to introduce people to healthier eating options, it can also do the exact opposite.

As more people continue to change their diets because of social media’s influence, the question is how to move beyond the current trends.

"I think it's going to take a while," Kronberg said. "But I do think — just like other movements that are occurring now where people are saying we don't all have to be the same, and in fact we're not all the same — we all need to come to our own inner way of taking care of ourselves."