Employees In Debt To Former Employers After Breaking Contracts 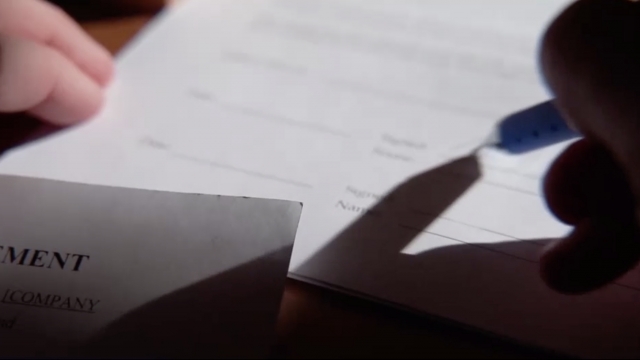 Stacy Elder thought she'd found the perfect job as a nurse at Parkland Hospital in Dallas.

"I was excited," she said. "I thought that I would be the nurse that would work there for years."

But just a few months in, she says things went downhill, that she was overworked and denied a promised transfer. So with less than a year on the job, she resigned. Four years went by. But then: "I get a knock on the door here at my home," Elder said. "And I got served with paperwork. I opened the envelope and saw that Parkland was coming after me."

Coming after her for about $5,000. The hospital said she violated an employment contract that required her to stay for at least a year.

"I was stunned. Honestly. I was floored," Elder said.

Add in legal fees and Elder says she now owes about $7,000 she can't afford.

"I still have to pay student loans back from nursing school," she said. "Not to mention, with inflation going on these days. I got to live, you know, you still have bills to pay."

Welcome to the world of "shadow debt," where employees are getting hit with big fines if they try to leave their jobs and breaking a contract they signed when they got hired.

Financial watchdogs say contracts like these aren't illegal, but they are unfair.

Executive director Mike Pierce at the Student Borrower Protection Center says: "They find out, after the fact, that they've signed on the dotted line and buried in the fine print is this debt that goes into effect if they leave their job ... Suddenly, these people find themselves on the hook for thousands or even tens of thousands of dollars in debt."

The contracts — sometimes called training repayment agreements — are becoming more common in the American workplace in health care, trucking, aviation, sales and more as companies struggle to retain workers. Businesses say they should be able to recoup the cost of training workers who quit.

"The problem with it is that in practice, the amount of money that's being fined against the people is rarely tied to the actual cost of training," Tremain said. "And when you try and fine someone 50% of their annual pay on their exit and sending them into debt as a punishment for simply leaving a job, I mean, that's just fundamentally unfair."

Employee advocates say the law protects workers from unfair contracts, but few can afford to take their case to court.

"It really requires enforcement officials and regulators and the Biden administration to stand up for workers and say this is unacceptable," Pierce said.

In a statement to Newsy, Parkland Hospital said suing workers who leave too early is a last resort:

"The defendants received highly sought after training in critical care nursing paid for by Dallas County taxpayers. They chose to leave before completing the employment obligations that they agreed to in exchange for the training. Our preference would have been that they honor their pledge of service."

Elder said: "What I would like for people to know is that these contracts are predatory."

She still has hope she can work out an agreement.

Pierce said workers need to be aware of what they are signing and ask questions.

"So you do have the ability to demand better conditions. And you can negotiate with your employer," he said. "But really, if you're being asked to sign something that doesn't seem right to you ... submit a complaint. There are regulators at the federal and state level watching out for you."