How The Port Of Los Angeles Has Changed 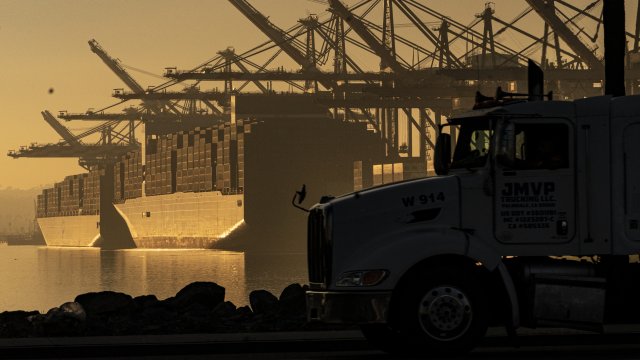 The port of Los Angeles is getting back up to speed, but things look different now.

Two years into a crisis that upended global supply chains, one of North America’s busiest ports — and the main throughput from Asia to the U.S. — is finding its footing in a new normal.

It’s a dramatically different story from late last year, when an overrun port had cargo ships waiting at sea while empty containers stacked up on open terminals.

Now there's another wrinkle, as truckers organize work stoppages over a proposed state law that would limit the use of independent contractors, instead requiring drivers like them to be employees of a company.

Many truckers operate independently and would prefer to remain independent.

Meanwhile, the port is still struggling to get more trains to carry the goods out of south LA.