How Much Power Does The Senate Ethics Committee Have? A Lot 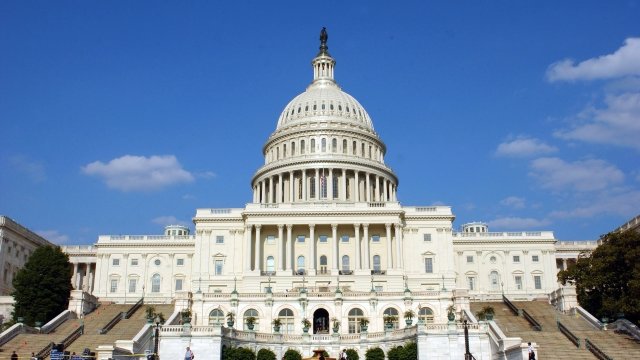 A Senate ethics committee investigation could be the first step in kicking a senator out of office — but that's pretty rare.

The Senate ethics committee might be busy in the coming months. The committee said it's picking back up its corruption investigation of Sen. Bob Menendez, and it's looking into sexual misconduct allegations against Sen. Al Franken.

So what does this process look like? And what types of punishments could the committee hand down?

Prior to 1964, ethics and code of conduct investigations in Congress didn't really exist. For a little more than a decade after 1964, various committees in the House and Senate ran investigations. Then in 1977, the Senate Select Committee on Ethics was created.

The Constitution gives each chamber of Congress the power to discipline its members, and since the late '70s, that power in the Senate has lay with the ethics commmittee.

Anyone can send a complaint to that committee, and that kicks off a preliminary inquiry. During that investigation, the committee looks for substantial credible evidence to back up the complaint.

That formal investigation can include interviews, sworn statements, subpoenas, depositions or "any other actions that the Committee deems appropriate."

Once the committee completes a formal review, it still has the option to resolve the issue with a letter of admonition. Or it can recommend the Senate take disciplinary action.

That punishment could include restitution payments, censure or expulsion.

Since 1789, only nine senators have ever been censured — which is a formal statement of disapproval. Expulsion, or kicking a senator out of office, requires a two-thirds vote from the entire chamber. In total, only 15 senators have been kicked out, and 14 of those expulsions happened during the Civil War.