How The World Is Reacting To The Uvalde School Shooting 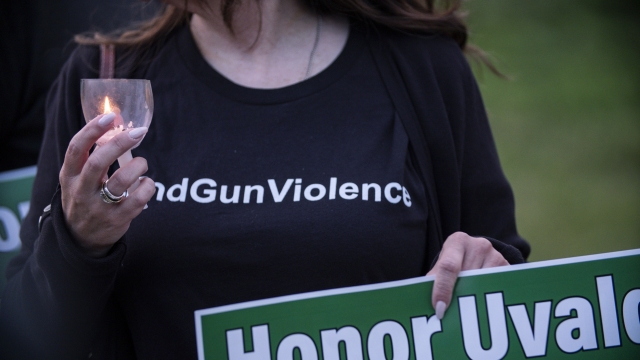 Newsy correspondents in Venezuela, London and Tokyo share how the countries are responding to the latest mass shooting in the U.S.

There’s been no shortage of reactions to the tragedy that took place in Uvalde, Texas this week — thoughts and prayers, sadness and frustration, even optimism.

But how is the rest of the world viewing the latest mass shooting in the U.S.?

"The Uvalde shooting in Texas has deeply impacted Latin America. Many leaders throughout the region have expressed their condolences to the families of the victims, especially Mexico, which was one of the first countries to comment on the tragedy. We need to remember that that shooting took place in a Latino community and the majority of the children who died had close ties to Mexico. Uvalde is only around 70 miles from the U.S.-Mexico border. Even though school shootings are not common in Latin America, there is a different reality here. Crimes involving guns are frequent, and much of the region struggles with gun-related violence. The high numbers of homicides in Latin American countries such as Venezuela, Colombia, Brazil, Mexico and El Salvador are mostly cast by civilians taking part in armed gangs. Extortion, drug trafficking and disappearances are everyday practices involving guns. The rising violence has forced many Latin American families to migrate, escaping not only from poverty or unemployment, but also from the killings."

Across the globe, other countries took much swifter actions after a major mass shooting.

Newsy Correspondent Giles Gibson explains how the U.K. reacted to this one and "As we've seen with previous national tragedies on either side of the Atlantic, political leaders sent messages of support in the wake of the mass shooting. British Prime Minister Boris Johnson said the country's thoughts are with all those affected by this horrific attack. Sports stars in the U.K. have also been weighing in on this, including tennis player Andy Murray, who described what happened in Texas as madness. It's a personal issue for him because he was actually a student at Dunblane Primary School in Scotland in 1996 when a gunman attacked the school, killing 16 children and one of their teachers. That massacre led to the U.K. Parliament actually passing much stricter gun control legislation, and there has only been a handful of mass shootings in the country ever since."

The mindset of owning guns in Japan is very different compared to how many Americans feel about gun ownership.

Newsy Correspondent Phoebe Amoroso explains the difference in mindset is the source of criticism from people living on the island nation.

"There has been an outpouring of sympathy for the victims of the shooting, and there's also been criticism of the U.S. gun culture. In an editorial, the Asahi Shimbun newspaper called on the U.S. to rethink its democracy before preaching its democracy to the rest of the world. Gun violence in Japan is incredibly rare; the country only logged one gun-related death in 2021. They're strictly regulated in Japan. Prospective owners must undergo training, psychiatric assessment and pass a written test. Police will even interview their neighbors to get a sense of what kind of person they are. A gun and ammunition must then be kept under separate lock and key, and an owner must present a log every year of every bullet fired."