How Time-Shifted Viewing Could Save Network TV 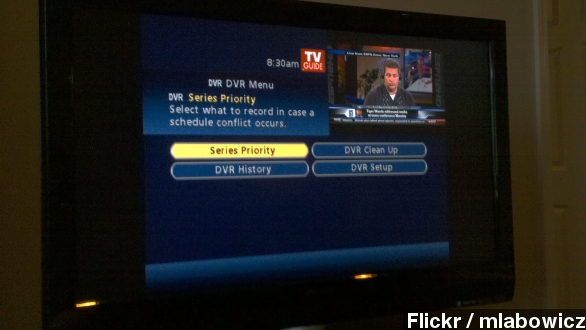 Time-shifted viewing was supposed to be the death of TV as we know it, but including DVR and video-on-demand into Nielsen ratings has revealed a few surprises.

Time-shifted viewing was supposed to be the death of TV as we know it. But the inclusion of DVR and video-on-demand numbers into Nielsen ratings might be resurrecting network television.

Shows like NBC's "The Blacklist" did OK before seven days of DVR and on-demand-viewing numbers were added. But with a bigger-than-expected boost — it beat expectations.

The Oct. 7 episode had the second-biggest-ever "live plus seven day" ratings lift of any show. What was the best ever? The previous week's episode of "The Blacklist," of course. (Via TV by the Numbers)

The Oct. 28 episode also posted the second-highest-ever "live plus three day" results. Again, with the top spot belonging to another Blacklist episode.

CBS's "The Hostages" airs in the same Monday 10/9 Central time slot as "The Blacklist." But thanks to time-shifted viewing, it's killing it in the ratings, too — with twice as many viewers as CBS first thought.

“Some shows that fared poorly after airing in primetime more than doubled their ratings when multi-platforms were figured in. Think about that. These shows have twice the audience the networks originally thought.”

A Forbes article asks whether time slots still matter. And in the case of Monday nights at 10/9 Central, the answer's pretty much yes — because the time slot drives time-shifted viewing.

"Monday at 10pm is a hard window to gain major traction in live viewership. Many viewers in the key 18-49 demo are gearing up for the Tuesday workday at that hour, especially ones over the age of 25, and aren’t really watching any TV."

Then, there are Fridays — when no one watches TV, right? But The Hollywood Reporter notes two of NBC's Friday shows are seeing success thanks to DVR. Both "Dracula" and "Grimm" have had impressive boosts.

Well, a writer for Entertainment Weekly notes the bump's not as big for everyone: "Sports and reality shows tend not to see much post-premiere night playback (notice top-rated Sunday Night Football only climbed 1 percent via DVR, and The Voice only rose 10 percent)."

The New York Times' Brian Stelter calls the lift both good and bad, “because most ads are bought and sold based on three days of live and on-demand commercial viewing. The more viewing that happens after the three-day mark, the more aggressive the networks will become about trying to charge for seven days of viewing.”

A writer for GigaOM seems surprised Stelter and the network execs interviewed in his story didn't use the b-word. That's binge — as in the type of viewing inspired by Netflix. And, no matter what you call it, that's kind of what's happening.

Back to those ad dollars — Adweek suggests time-shifting viewers aren't watching the commercials. But there's no hard data on that yet. And it could be the next great debate as the way we watch TV continues to change.