How To Battle Stink Bug Season 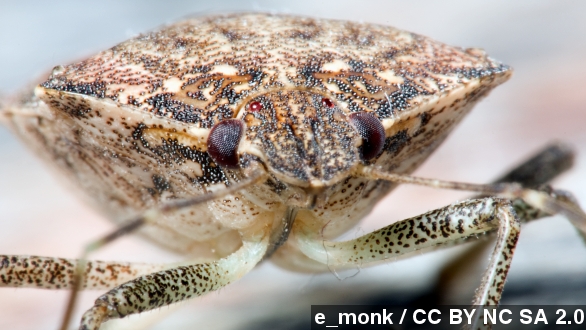 Homeowners in 33 states grapple with stink bugs moving indoors at this time of year. Here are a few tips to avoid stink bug infestations.

It's a smelly time of the year for homeowners in 33 states.

That's because we're officially entering stink bug migration season, when the pesky insects transition from their outdoor residences to our climate-controlled homes to stay warm through the winter.

According to Plow & Hearth, this has only become a problem in the past 15 years, as the stink bug variety that creates such a fuss is native to eastern Asia. This species was first sighted in Pennsylvania around the turn of this century and has been spreading rapidly nationwide since.

Stink bugs become a problem for two reasons. First, they're resistant to many common pesticides. Second, the odor they emit when squashed actually attracts more of them, which can double your problem. So what can you do?

Thankfully, you're not in the fight alone. Many sites, including Stop Stink Bugs!, cover both outdoor tips to keep the bugs out and a few indoor tricks to kill them once they're inside.

Multiple sources agree the best defense is a good offense. Try to seal the nooks and crannies of your home, the same way you'd do weatherproofing. And use silicone caulk around windows and siding.

More important than the do's are the don'ts: Don't crush them or their putrid smell will be released. Using pesticides in your home will also produce an odor as the bugs decay. Stink bugs are also attracted to light and the color yellow, so it's best to leave outside lights off at night.

Once they're inside, though, the strategy changes. You can vacuum them, but make sure you use a vacuum with a bag that you can empty "immediately to prevent odor from permeating the area," says PestWorld.

Best of all? The most effective method for killing stink bugs is also one of the cheapest, according to WikiHow. Simply flick stink bugs into soapy water. The soap penetrates their shield-like bodies, and the water drowns them within minutes — no stink involved.

This video includes images from the U.S. Department of Agriculture / Stephen Ausmus and Mandy Gambrell.