How Smoke From Wildfires Affects Your Health 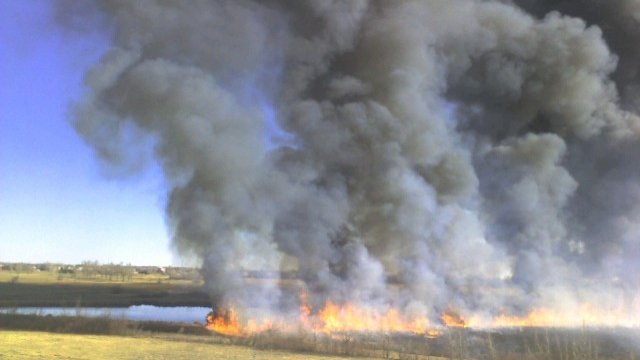 The plumes of smoke and soot from wildfires can have long-reaching health effects like increased risk of blood clots, heart attack and stroke.

Wildfire on the Lowry Wetlands/ CC by 2.0

The U.S. wildfire season can burn millions of acres each year, but its effects reach further than just communities near the blazes. If you've ever been downwind from a fire, you probably know their plumes of smoke and soot aren't healthy to breathe.

A 2017 study showed wildfire smoke sent everything from carbon monoxide and nitrogen dioxide to methanol and benzene into the atmosphere. The health risks are minimal if this stuff stays in the jet stream. But often, air currents pull the smoke closer to the ground and affect people hundreds of miles away from fires.

Lava and explosions from Hawaiian volcanoes can cause physical damage, but they also emit an odorless, invisible gas that can make people sick.

Scientists and doctors still don't know much about the long-term health effects of wildfire smoke, however, because wildfires are somewhat random and aren't always scientifically comparable. But health experts want to learn what they can: As wildfire seasons lengthen and get more intense, the associated health risks from smoke could become more common.

In the meantime, if you're in the path of wildfire smoke, keep an eye on official air quality reports. The CDC recommends staying inside and filtering indoor air as much as possible. If smoke is thick or you already have respiratory illness, consider wearing a protective mask that's designed to filter out pollutants.