How Will Christie's New Immigration Reform Law Play In 2016? 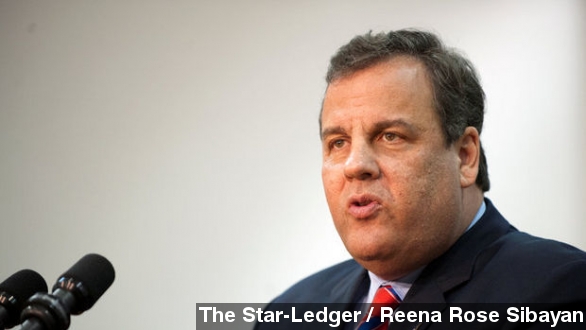 The new law provides in-state college tuition rates to any undocumented student who has spent at least three years at a New Jersey high school. Christie promised to deliver this "tuition equality" during his 2013 re-election campaign. (Via Fox News)

But after his landslide victory, Christie started backing away from the idea, disputing a portion that made undocumented students eligible for financial aid. That provision was removed from the final bill. (Via CBS)

Christie's opponents accused him of flip-flopping on the issue at the time, but the governor touted the compromise bill Thursday as proof of his sincere intentions.

"I'll be waiting for all the apology letters to come in from all the people who said — some in this room — who said I was not serious about tuition equality and that somehow this was all an election prank." (Via The Star-Ledger)

But while Christie's bill might appease his political opponents, USA Today writes it also might have damaged his image within his own party.

"Some conservatives have pointed to Christie's backing of tuition equality as kowtowing to a liberal constituency and raised the specter that his position may come back to haunt him in any bid for the GOP nomination for president in 2016." (Via USA Today)

It's no secret Christie is considering running for president in 2016. And The Washington Post notes Texas Governor Rick Perry lost his 2012 presidential bid after his similarly lenient stance on illegal immigration drew fire from the party's hard-line conservative base.

But an MSNBC analyst says Christie's ability to defend the controversial positions he believes in is the same quality that makes him an attractive presidential candidate.

"There's all this talk constantly about him balancing the needs of his blue-state constituents with what he would do nationally. I just think for him, when he does what he thinks is right and he can defend it that way, he's very strong."

And a writer for The Daily Beast says as long as Christie is still the GOP's best hope for overcoming prospective Democratic nominee Hillary Clinton, he can ignore the hard-liners as much as he wants.

"Christie knows all this very well, I'd imagine. So he'll flaunt the dead-enders as often as possible, and suck up to them only when he really has to. ... As long as he polls even with [Clinton], he'll be given a long leash indeed.​"

New Jersey is the 16th state to give undocumented students access to in-state tuition levels.