How Your Age And Where You Live Impact Your Happiness 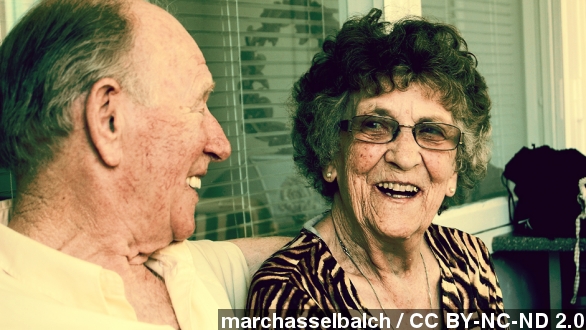 Researchers found happiness follows a U-shaped curve, dipping down during middle age, then gradually creeping up again throughout your twilight years.

What is the key to happiness? According to a new study published in The Lancet, it probably has something to do with where and how long you live.

The researchers found happiness generally follows a U-shaped curve, peaking in the late teens and 20s, dipping down to its lowest between 45 and 54, then gradually creeping up again throughout your twilight years.

Researchers say as you age you acquire "emotional wisdom" — basically you learn the best way to live your life and stay away from things that make you unhappy.

However, those from eastern Europe and Latin America showed a gradual reduction in happiness with age, and those in sub-Saharan Africa showed little change in happiness as they grew older.

Why is that? Well, researchers aren't exactly sure. One spoke with The Atlantic and offered a common-sense theory:

"In places with poor healthcare, no social safety net, or cultural disdain for the old, by contrast, the negatives of aging may outweigh the perks of 'emotional wisdom.'"

You can read the full study in the latest edition of The Lancet.

This video includes an image from marchasselbalch / CC BY NC ND 2.0.