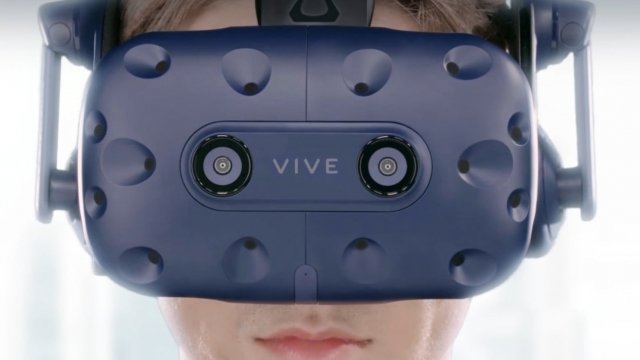 HTC's Vive Pro comes with better screens, but it's not likely to make any headway into the casual consumer market.

HTC has announced a professional version of its Vive virtual reality headset. The Vive Pro brings built-in audio and wireless options, and, most importantly, an almost 80 percent boost in screen resolution.

This is another step over one of virtual reality's tallest remaining hurdles: creating realistic environments. The sharper the image a headset can present, the more convincing the virtual environment is.

These Major Entertainment Companies Are Banking On Virtual Reality

AMC Entertainment led a $20 million round of financing for VR company Dreamscape Immersive.

But, like the rest of the market's high-end headsets, the Vive Pro will still only run with the help of a powerful computer. And the higher resolution likely comes with a higher price tag.

VR enthusiasts are still the only people likely to buy their own headset, even after HTC and Facebook's Oculus dropped prices on their flagship models. Most people tend to just buy traditional game consoles.

That's not to say VR is dying. It's finding an early niche in immersive attractions, where you can strap on a rented headset and wander around, dodge stormtroopers and even work up a sweat.

But for those interested in owning the next step, HTC hasn't committed to exact release dates — for the Vive Pro, or for a proper successor to the currently available Vive. Officials have said HTC will release a Vive 2 when it can bring "meaningful innovation" to VR.