Is Pee A Key For Successful Trips To Mars? 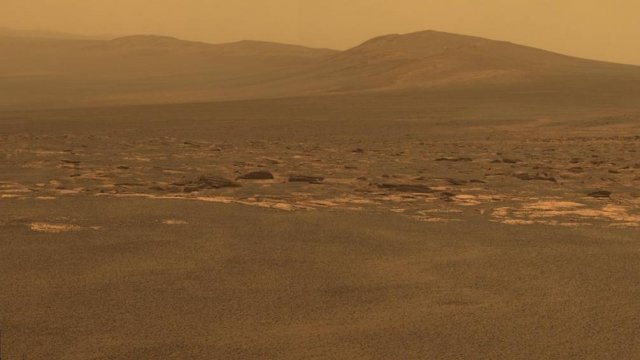 Researchers are testing what urine and other molecules can be turned into to help astronauts on a mission to Mars.

NASA is trying to figure out if pee could be key for a successful trip to Mars — or any other long-term space mission.

The space agency wants to send humans to Mars by the 2030s. Now, it's helping fund a project that tests what human urine and other molecules can be made into in space to make long-term missions more feasible.

Here's how it works: Researchers combine certain strains of yeast with algae, nitrogen from urine and carbon dioxide from the Martian atmosphere or human breath. Those ingredients help the yeast grow.

Then, depending on the strain of yeast, the product of those elements can be engineered into polymers, like polyester, or nutrients, like omega-3 fatty acids.

NASA is asking the public to design a waste management system that astronauts can use for six straight days. The winner of the challenge gets $30,000.

The team notes scientists have tested the limits of yeast in similar ways but not for the same purpose.

The team thinks the polymers could be put into a 3-D printer to make plastic tools for astronauts traveling to Mars, and the nutrients could be used to make supplements for them to take during their missions in space.

Of course, the research is preliminary and the researchers note actual output of the yeast and other ingredients is pretty small — but that's what the scientists hope to improve with time.