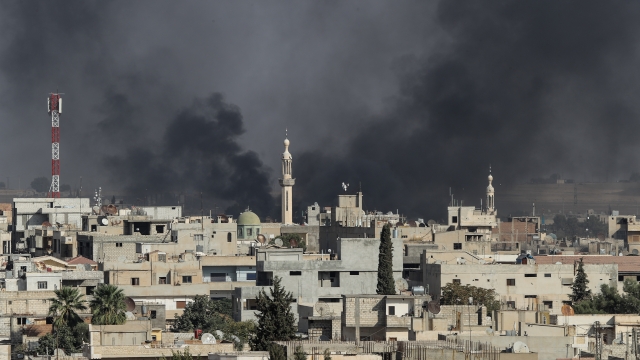 Civilians were caught in the crossfire as soon as the Turkish offensive began, and hundreds of thousands are expected to flee because of the fighting.

Syria is home to the largest refugee crisis in the world, and the new Turkish offensive could end up making things worse.

The Turkish military is following through on plans to take control of a strip of Syrian land along the northern border to create a so-called "safe zone."

But creating that "safe zone" could increase refugee needs. The region is currently controlled by the Syrian Democratic Forces, and they plan to defend their territory. Civilians were caught in the crossfire as soon as the Turkish offensive began, and hundreds of thousands are expected to flee because of the fighting.

Since 2011, the U.N. Refugee Agency says 6.2 million people have been displaced within Syria. Another 5.6 million are taking refuge in other middle eastern countries, the vast majority of them in Turkey. Turkey plans to use the proposed "safe zone" to reduce the number of Syrian refugees living within its borders. The country's leaders hope to have 2 million refugees move into the "safe zone."

If Turkey is successful in taking control of the border area, there would still be a lot of work ahead. Hospitals, schools and housing will all need to be built before the region would even be ready for refugees to return. That's assuming Turkey is able to maintain control of the region and find the money to fund the needed construction projects.